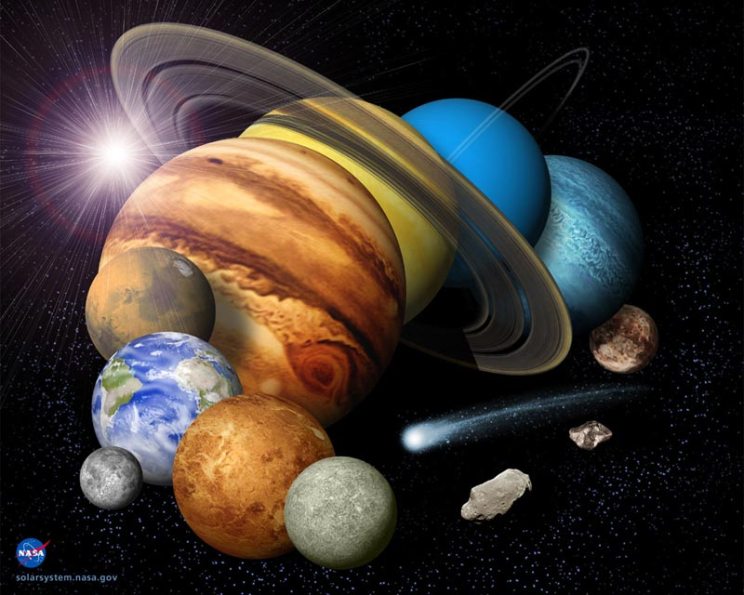 5 Astronomers Who Shaped Our Understanding Of Space

We live in exciting times for space exploration; in recent months astronomers have spotted a giant ‘blinking’ star 100 times the size of the sun near the heart of the Milky Way, and 29 potentially habitable planets with suitable positions to witness an Earth transit.

Space travel has also gained high-profile interest from business leaders including Jeff Bezos, Sir Richard Branson and Elon Musk with his SpaceX venture. In this article I will look at the work of five astronomers whose significant discoveries changed the way we perceive and understand space, from ancient times to more modern day.

Of Greek descent, Ptolemy made astronomical observations from Alexandria in Egypt during the years AD 127-41. One of the most influential astronomers and geographers of his time, Ptolemy put forward the geocentric theory, the Universe with Earth at the centre, in a form that prevailed for 1400 years. The earliest of Ptolemy’s works, The Almagest, includes the mathematical theory of the motions of the Sun, Moon, and planets.

In Apotelesmatika (“Astrological Influences”), later known as the Tetrabiblos for its four volumes, Ptolemy looked to give astrology a credible basis. He believed that it was a legitimate science in its describing the physical effects of the planets on life on Earth.

During Galileo’s lifetime, the then centuries-old Almagest written by Ptolemy was still being used as ‘evidence’ for the Aristotelian idea that the Earth was at the centre of the Universe.

Galileo worked out the basic law of falling bodies, which he verified by careful measurements. He constructed a telescope to study lunar craters, and discovered four moons revolving around Jupiter. His observations strengthened his belief in Copernicus’ opposing theory, of a heliocentric model with the Sun at the centre of the Solar System.

An English mathematician, physicist, astronomer, theologian, and author, Newton was greatly admired in his own lifetime. He conceived the laws of planetary motion, eventually leading to the publication of his physics book Principia and his theory of gravity. He also conceived the method of infinitesimal calculus, the bases for his theory of light and colour.

Newton published Philosophiae Naturalis Principia Mathematica (Mathematical Principles of Natural Philosophy), most often known as the aforementioned Principia, in 1687. It is considered to be the single most influential book on Physics and possibly all Science.

Edwin Powell Hubble was an American astronomer who helped define the fields of observational cosmology and extra-galactic astronomy. He proved that many objects previously considered to be clouds of dust and gas and classified as ‘nebulae’ were actually galaxies located beyond the boundaries of the Milky Way. In March 1929 he published his observation that the outermost galaxies are moving away faster than the nearest ones. This finding became known as Hubble’s law.

Sagan was an American astronomer whose early work focused on the physical conditions of the planets, especially the atmospheres of Venus and Jupiter. He became interested in the possibility of life beyond Earth and the Search for Extraterrestrial Intelligence (SETI), a research field he did much to advance.

Sagan further contributed insights regarding the atmospheres of Venus and Jupiter, as well as seasonal changes on Mars. He also saw global warming as an increasing, man-made danger and made similarities to the natural development of Venus into a hot, life-hostile planet through a kind of runaway greenhouse effect.