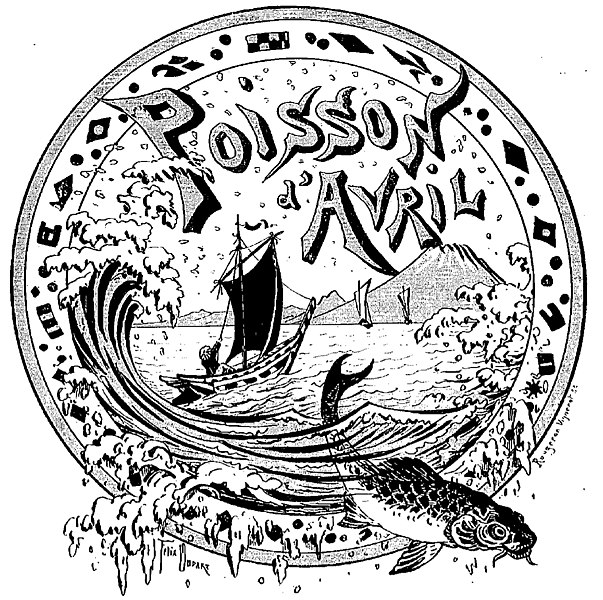 April Fool’s Day, or All Fool’s Day, is a tradition known all over the world. But why? What is the history behind pranking of people on the 1st April?

Very little is known about the exact origins of April Fool’s Day but there are a number of different theories about where it came from and how it developed. The most popular theory is that the day dates back to 1582 with the introduction of the Gregorian calendar to France. Before this time, the Julian calendar marked New Year sometime around the end of March, coinciding with the vernal equinox, but after Pope Gregory XIII ordered a new calendar, New Year’s Day moved to 1st January. It is said that people who failed to recognise the change and continued to celebrate the new year around the 1st of April were pranked and tricked by Gregorian calendar followers who referred to their victims as “April Fools”. Another theory links April Fool’s Day to the ancient Roman festival of Hilaria which was celebrated at the end of March. The festival, which also marked the spring equinox, involved games, masquerades, and allowed lower class people to disguise themselves in mocking imitation of the elite. There is also suggestion that April Fool’s Day began as a simple celebration of spring when Mother Nature fooled and tricked people with unpredictable weather.

Whatever its origins, April Fool’s Day is a longstanding tradition which has been marked for centuries. The earliest written mention of the day is a reference by writer John Aubrey who described the 1st of April as the “Fooles holy day” in 1686. The earliest recorded April Fool’s Day prank occurred in 1698 when unsuspecting Londoners were invited to the Tower of London to watch the ‘washing of the lions’. A local newspaper clarified that the event was a hoax in its 2nd of April edition. This type of large-scale prank is fairly common. Another notable example occurred in 1957 when the BBC television show Panorama reported on Swiss farmers picking spaghetti from trees leading many viewers to believe that spaghetti grew on trees. Before owning up to the prank the following day, the BBC received numerous enquiries from the public asking where to buy spaghetti plants from!

April Fool’s Day Around The World

Many countries around the world, particularly those with colonial connections to Europe, mark April Fool’s Day, and each has its own traditions for doing so. For example, in France a common prank is to stick paper fish to the backs of victims who are then referred to as ‘poisson d’avril’ (April fish, and “depicted” above). One British tradition is that all April Fools’ Day jokes and pranks must cease by midday, with anybody who ignores this rule being labelled an ‘April Fool’ themselves. It is uncertain where this particular rule came from, but one suggestion is that it imitates a similar rule of the 17th century festival of Shig-Shag Day – on this day it was tradition that, until the church bells struck noon, people wore oak leaves in their hats in celebration of Charles II who escaped from his enemies by hiding in an oak tree following the Battle of Worcester in 1651.

What pranks will you pull this April Fool’s Day? Or will you fall for a hoax and be named an April Fool yourself?