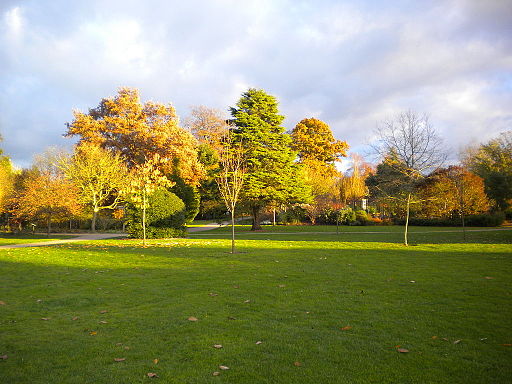 All Parks Great And Small

There are estimated to be more than 27,000 parks and green spaces across the UK. These areas of natural beauty are diverse and range from larger national parks with many facilities and amenities to smaller neighbourhood and local parks.

The Arboretum in Derby, which was created by local mill owner and philanthropist Joseph Strutt in 1840, is recognised as and believed to be Britain’s first park. The Arboretum has an excellent collection of trees, some of which were planted in the 19th century.

Windsor Great Park, located South of Windsor on the border of Berkshire and Surrey, is known for its Long Walk and deer park, and is the largest public park in the UK at 28.53 square kilometres. Princes Park in Burntwood, Staffordshire, is officially the UK’s smallest, measuring just a few feet wide and containing a couple of trees.

There are 15 National Parks in the UK, including 10 in England, covering around 9.3% of the country, three in Wales (covering 20%) and two in Scotland (7.3%). The first National Park to be designated was the Peak District in 1951. Across the UK, The Cairngorms National Park in Northeast Scotland at 4,528 km2 (1,748 square miles), is the largest of the National Parks. The park contains five of the six highest mountains in Scotland and is home to one-quarter of the rarest and most endangered species in the UK. It is bigger than the whole of Luxembourg and twice the size of the Lake District National Park.

The smallest National Park is The Broads (Norfolk), at 303 square kilometres (117 square miles). The Broads are home to the only butterflies in Britain to come from the Papiliondae family. The caterpillars drink and eat milk parsley, which grows in abundance on the Norfolk Broads.

Nature Is Good For The Soul

National and local parks provide some of the most stunning countryside in the UK, offering a haven from the demands and stresses of modern life. Time spent with nature is healing for the mind, body and spirit. During Love Parks Week, taking place from 29 July to 5 August, why not take time out to explore and appreciate your local park or a National Park?