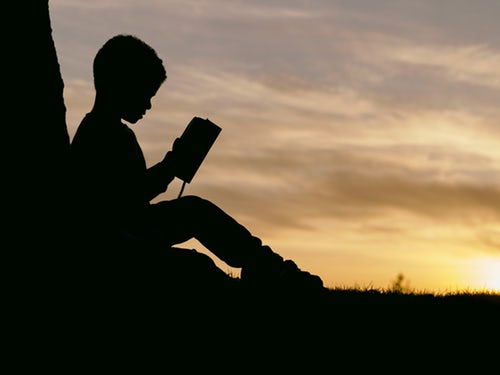 Could Outdoor Education Be Lost Forever?

Outdoor education has always played a pivotal role in how pupils learn. It doesn’t just mean studying outside on the grass in the sunshine – it also refers to things like school trips, giving you the chance to go out and view your studies in a new light. For example, a history trip can allow you to explore all the places you’ve read about in your books, which may inspire or motivate you beyond measure.

Trips are a staple of the schooling experience, and two million pupils partake in them every year according to UK Outdoors. If you’ve been on one, chances are you’ve taken part in activities like canoeing, rock climbing or camping. Maybe you’ve even been abroad for one of your language subjects! There’s a lot of memories to be made, hobbies to be kickstarted, and numerous opportunities to enjoy.

However, the ramifications of COVID have struck once again. School trips have been banned for the foreseeable future, and it’s cost the education sector a great deal; a staggering £500m to be exact, and the loss of 6,000 jobs according to The Institute for Outdoor Learning (IOL). It’s a staggering outcome already, but unfortunately, it seems things will get worse as the months limp on.

More than a million school trips have been cancelled since March, and the numbers show no sign of slowing down anytime soon. Despite all the rules and regulations being under constant review, it would be safe to assume that school trips are off the cards until mid-late 2021 at the earliest, and it may well extend beyond that too. According to the IOL, many of the centres that offer all of these activities could be facing closure in the near future, which means these kinds of programs may be discontinued entirely in certain areas. Things are looking bleak to say the least, and it’s understandable if you’re feeling dejected about where you land in all of this.

Consequently, it’s important to have your own adventures and trips (within isolation and social distancing rules) with your friends and family if official bodies can’t currently provide them for you. The UK has an abundance of areas that are ripe for outdoor activities and exploration, and if the law allows in your area, do pay them a visit! After all, many of the settings for school trips are often public areas anyway, so you can stop by the places you would have gone to with your classmates and make the most of it at some point. Certainly, won’t be the same, but if you were really looking forward to a particular trip, doing this will be worthwhile!

There’s still some hope, too. Despite all the knockbacks of the pandemic, interest in outdoor education hasn’t waned. In fact, if anything, the demand for it among young scholars has skyrocketed nationwide, no doubt due to the stifling nature of lockdown. In a recent BBC poll of pupils, 83% of participants stated that they’d like to have more lessons outside, and it wouldn’t be surprising if that figure climbed even higher as the months go by. If there’s a huge demand for outdoor learning, you can be sure that the adults in charge will find a way to make it happen when the pandemic is over.

Perhaps outdoor education is a better way forward when spring and summer seasons come around, too? It’s purely speculation of course, but due to the virus being harder to spread outdoors, it could be that studying outside would be a safer way of learning. Obviously, this whole situation is ongoing and for the most part unprecedented, and the path forward is everchanging and mostly unpredictable. What is certain, however, is that you can always pick up your books and do some learning outside yourself when the weather and lockdown rules allow.

Until this is over, do what you can, where you can, while following all the latest guidance. If you’re in your final year, then missing out on school trips will be undoubtedly crushing. That said, do remember that your life is just getting started. Plenty of adventures await you yet!

Languages Will Reward Your Attention
A Little Half Term Reading