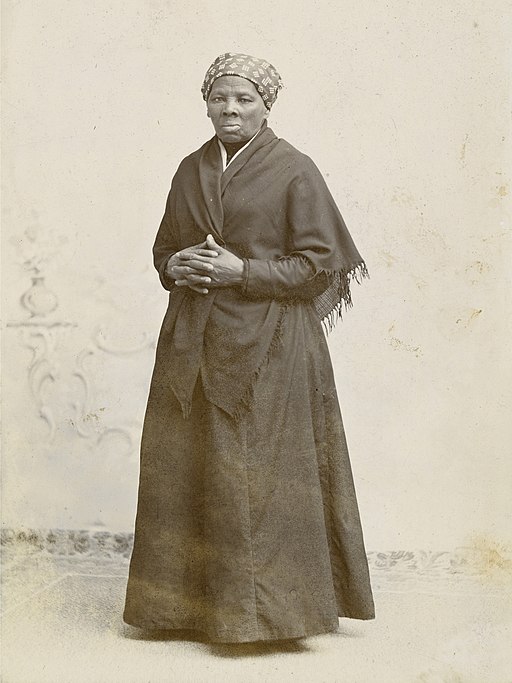 This is a remarkable step in the right direction, as the move would make Tubman the first African American to appear on US currency, and the first woman to feature for more than a century, replacing slave owner and former President Andrew Jackson.

In light of Biden’s revival of the project, I wanted to showcase the incredible life story of a woman whose bravery and courage are hard to match.

Born a slave in 1820, Harriet Tubman escaped to Philadelphia in 1849 – a state where slavery was illegal. She recalled from her initial months of emancipation that she was ‘a stranger in a strange land’, and that she longed for her family and friends to enjoy freedom alongside her.

In 1850 the Fugitive Slave Law was passed, which imposed heavy punishment upon abetting escape, thereby forcing law enforcement officials to assist in the capture of escaped slaves in both free and slave states. However, Tubman’s desire to be reunited with family exceeded the danger posed by the Fugitive Slave Law, as she returned to Maryland to lead her niece and niece’s children to freedom in Philadelphia in December of 1850.

Over the following decade, Tubman gained the name Moses for guiding at least 70 slaves to freedom on the underground railroad – a phrase used to refer to the series of secret safehouses and trails linking the South, where slavery was legal, to the North, where it was not. It is speculated that Tubman instructed a similar number on how to escape alone.

Tubman’s methods were not always conventional – she reportedly drugged young children to stifle their cries, and worked through the harshest depths of winter. But with a $40,000 bounty on her head, the pressure was colossal. Her efforts ensured that she never lost a passenger or ran her train off the track.

With the onset of the American Civil War in 1861, Tubman acted as a military nurse and chef, as well as a spy assisting further fugitives. She later became head of the espionage network for the Union Army, and her total rescue figures have been estimated at anywhere between three and five hundred people.

Following the Civil War and the abolition of slavery, Tubman turned her attention to another prevalent inequality in American society; female suffrage.

From her position amongst the abolitionist community, Tubman befriended Susan B. Anthony, who paved the way for the Women’s Rights Movement. Tubman was an ardent supporter and toured with Anthony, giving speeches on her time as ‘Moses’, despite her illiteracy.

The end of Tubman’s life was dedicated to helping impoverished former slaves and the elderly, and she personally built the Harriet Tubman Home for Aged and Indignant Coloured People in 1908 – a true champion of civil rights and social justice until the very end.

Although she died on 13th March 1913, her story lives on; The 2017 Pulitzer Prize was awarded to Colson Whitehead for his book Underground Railroad. Although the book is a work of historical fiction, it is testament to those who worked the railroad of pre-emancipation America, and provides a gripping tale of the dangers that real people faced.

Tubman only saw reward for her efforts and military contribution three decades after the War, having been paid a mere $20 per month for her service. It is therefore time that her awe-inspiring journey be given the recognition it deserves on the American $20 bill, given her remarkable contribution to black, women’s, and American history.

Opinion: How Orwellian Are We?
Mars and The War of The Worlds