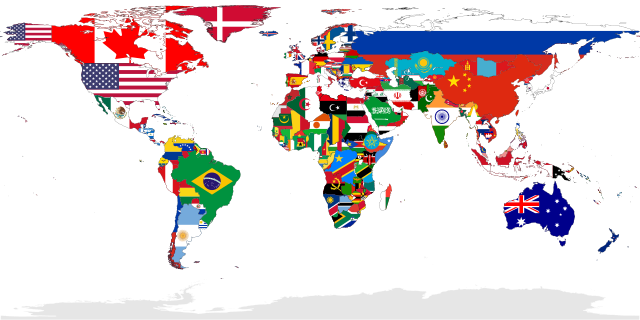 Languages Will Reward Your Attention

Languages are key tools that we use to communicate, with estimates that anywhere between 60% and 75% of the world’s population speak more than one and many countries having more than one classed as official. There is an ever-increasing demand for people seeking high-powered jobs to be able to speak one of the so-called “super” languages: English, Chinese, Hindi, Spanish or Arabic. And even within these languages, as with many others, there are regional variations and dialects. But within native English speaking countries, there is a definite lack of multilingualism. Are these mono-linguists are missing out?

Growing up in the UK, children are expected to learn a second, and sometimes a third language to at least GCSE level. French, German or Spanish are the most common, whilst recently Mandarin and Arabic have also become more available. But once people leave school, they often also leave their language skills behind. So, why should we change this trend? How could it benefit us later in life?

When learning a new language, at first it can feel quite an isolated experience. However, you should persevere, remembering that as your linguistic knowledge and abilities increase, a door will open to learning about cultural aspects of the countries that speak that language. Language learning usually goes hand in hand with learning about traditions and customs such as national holidays and celebrations, making the whole learning experience more enriching. Learning the language relating to food and drink often goes hand in hand too, in similar relation to the  cultural aspects of the people who speak that language natively.

Several studies have highlighted that people learning a second or third language use parts of their brains that monolinguists do not. This improves memory and function. Moving from one language to the next becomes faster over time and this often improves the ability to move between several activities or tasks at the same time. Some might say that multilinguists are also multitaskers. Learning a second language requires focus and dedication and these traits are often recognised in multilinguists, perhaps more so than in monolinguists.

3. Learning A Second Language Can Improve Your First Language

This concept might sound weird at first but actually, it makes complete sense. When you learn a second language you approach it differently from learning your native tongue. Second languages require in-depth learning of grammar, vocabulary and pronunciation and it is through focusing on these tasks that second language learners often notice particular details about their first language; these correlations result in the learner gaining a better knowledge and understanding of their mother tongue.

With global business being more prominent than ever, adding foreign language capabilities to your CV will open doors for you. Businesses see language skills as hugely attractive and as a means to quickly grow their business into new markets. Being able to demonstrate language skills can be hugely career-enhancing, not only for opportunities in the UK but also worldwide.

5. Increase Your Social Circle And Attract The Dating World!

Being able to talk a foreign language means you can connect with people from different countries and form friendships. Through conversations, you can identify common likes and dislikes. With very few native English speakers able to speak another language, your efforts will impress people.

Dating is competitive and it can be rather harsh as people seek out the best match possible. Both looks and skills are important. The ability to speak a second language opens up the dating pool in other countries, increasing your chances of finding the perfect partner whilst helping your profile stand out in the crowd.

Reading For Your Wellbeing
Could Outdoor Education Be Lost Forever?