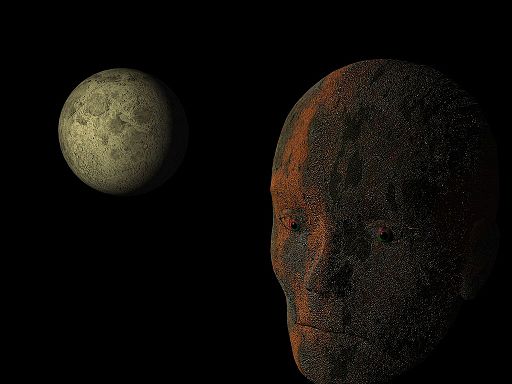 Mary Wollstonecraft Godwin Shelley was an English novelist and pioneer of the science fiction genre. She is best known as the author of Frankenstein. She was born on August 30, 1797, to William Godwin, a renowned philosopher and political journalist, and Mary Wollstonecraft, a radical feminist who authored The Vindication of the Rights of Woman in 1792. Her mother died eleven days after Mary was born.

Shelley did not receive the same formal education as her Romantic writer peers. Instead of private school or University, she educated herself with the books in her father’s library. She would often retreat to her mother’s grave in St Pancras churchyard to read and write.

At the age of 16, Mary met her future husband, Percy Bysshe Shelley. The two eloped and travelled Europe together, during which time she wrote History of a Six Weeks’ Tour. When the couple returned to England in 1816, Mary was penniless, pregnant, and disgraced. A period of tragedy followed. Both her half-sister, Fanny, and the wife of Percy, Harriet, committed suicide. Mary’s first daughter, Clara, was born two months premature and died at twelve days old. Her son, William, also died shortly after his birth.

A Monster Is Born

In the summer of 1816, the Shelley’s visited Lord Byron near Geneva, Switzerland. One stormy night, Byron challenged his guests to write their best ghost story. Mary turned to her morbid nightmares of a hideous, pale man as inspiration. Thus, Frankenstein was born.

Two years later, Frankenstein or The Modern Prometheus was published anonymously, to great success. Both gothic and philosophical in style, the novel describes the terror that occurs after a scientist builds an artificial human. Often regarded as one of the earliest examples of Science Fiction, the legacy of this pioneering novel lives on today.

Mary became a widow shortly before her twenty-fifth birthday after Percy drowned in 1922. She returned to England with her second son, also Percy, and continued a successful literary career. Her novels include Valperga (1823), The Fortunes of Perkin Warbeck (1830), Lodore (1835), and Falkner (1837). Perhaps the most notable is The Last Man, a critically acclaimed account of a plague that destroyed humankind.

Jules Verne (February 8, 1828 – March 24, 1905) was a French novelist, playwright, and poet. He is remembered as “The Father of Science Fiction,” a prophet of scientific progress, and the author of such pioneering novels as Journey to the Centre of the Earth (1864), Twenty Thousand Leagues under the Sea (1970), and Around the World in Eighty Days (1872).

Verne was born in Nantes, a maritime city in the South of France. As a child, the sight of ships sparked his imagination and an interest in travel and exploration. They also inspired a desire to write, but Verne was encouraged by his attorney father to pursue a career as a lawyer.

In Paris, he studied law. But he was attracted to the literary salons of Paris, where he met other writers who encouraged him to pursue the Arts. In 1851, he met the editor of Musée des Familles. This literary magazine published Verne’s second short story, A Voyage in a Balloon. This well-researched and fantastical tale indicated the path Verne would follow.

He conducted scientific research at the Bibliotheque Nationale for the short stories he wrote for Musée des Familles. This blend inspired Verne to write a new kind of novel, a “Roman de la Science” (“a novel of science”).

The Father of Sci-Fi

In 1862, Verne formed a writer-publisher team with Pierre-Jules Hetzel. Hetzel published Verne’s first novel, Five Weeks in a Balloon (1863). Thus began a series collectively known as “Les Voyages Extraordinaires”, or “extraordinary voyages.” The series told the history of the universe in an entertaining, picturesque format. Other works in this series include the massively successful Journey to the Centre of the Earth and Around the World in Eighty Days. In these novels, Verne predicted the future of a world that existed long after his death. He wrote of technology not yet imagined; men on the moon, submarines, chemical warfare, and even what we could recognise as the internet.

Verne authored over 60 books. He is the second most translated author of all time, ranking between Agatha Christie and William Shakespeare, and has been translated into over 140 languages. His novels have inspired successful plays and blockbuster films. His imaginative literature has inspired authors of fiction and scientists alike, from Jean-Paul Sartre to Yuri Gagarin. As Ray Bradbury said of his influence, “We are all, in one way or the other, the children of Jules Verne.”

Writing Competitions To Enter in 2021
Sci-Fi Pioneers: 2: Wells and Lovecraft