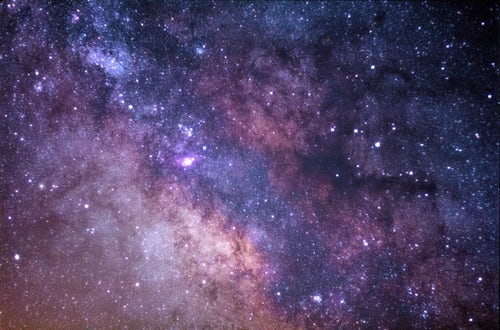 On 4th March 1675, King Charles II appointed John Flamsteed as the first Astronomer Royal. He was commissioned to “the rectifying of the tables of the motions of the heavens, and the places of the fixed stars, so as to find out the so much desired longitude of places for the perfecting of the art of navigation.”

Born on 29th August 1646 in Denby, Derbyshire, Flamsteed’s earliest interests weren’t in the field of Science. Instead, he preferred the study of History and Languages. It was only when he attended Jesus College, Cambridge that he began to develop an interest in mathematics and astronomy. Largely self-taught, Flamsteed became fascinated with the movement of the stars and planets. A stunning aptitude for the subject meant that soon he was able to develop a way to calculate eclipses and planetary positions.

News of Flamsteed’s work travelled fast. He gained the attention of established astronomer and mathematicians Immanuel Halton and Lord Brouncker, the president of the Royal Society. Excited by what they heard, they and their colleagues, Henry Oldenburg, John Collins and William Molyneux, invited Flamsteed to the Royal Society in London to talk about his planetary calculations.

At only 22 years of age, John Flamsteed found himself among the most respected of his peers. It was not long after this that he was asked by King Charles II to become an Astronomer Royal. This post was, as documented by the Royal Museums Greenwich, “an honour awarded to an eminent astronomer who is expected to advise the King on astronomical matters.” To this day the position remains the same. The Queen makes the appointment “with the advice of the Prime Minister of the day.”

From the Tower to the Observatory

Flamsteed began his working life as the Astronomer Royal in the Tower of London. It’s said that the ravens made life very difficult by nesting on his telescopes. King Charles was all for having them removed, until he was told of the local legend that suggested the Throne would fall if they left. Instead, Flamsteed suggested the construction of the Royal Greenwich Observatory. He worked in the Queen’s House, now part of the National Maritime Museum, until the Observatory opened in July 1676. He remained there until 1684, when he retired to become a pastor of Burstow in Surrey.

Flamsteed’s contribution to astronomy was immense. He calculated the 1666 and 1668 solar eclipses and was able to sight Uranus several times, but unfortunately mistook the planet for a star, which he catalogued as 34 Tauri. As the King’s Astronomical Observator, though, Flamsteed’s main task was the mapping of stars.

The Newton and Halley Controversy

Flamsteed had produced a vast body of star charts by now. There were still more to do, though, and he was reluctant to publish any of his work until it was complete. This brought him into conflict with another eminent scientist, Isaac Newton. At the time, Newton was President of the Royal Society. He wanted Flamsteed’s work published, so he and his colleague, Edmund Halley (discoverer of Halley’s Comet) got hold of part of Flamsteed’s data and published it as a star catalogue. This led to dispute with Newton, which worsened when Flamsteed discovered he was passing off the work as his own. Several years later, Flamsteed was able to purchase all copies of the publications containing his stolen data. Having done so, in an act of revenge, he then burnt them all in front of the Royal Observatory.

It was only in 1725, after his death, that the Historia Coelestis Britannica, John Flamsteed’s own work, was published. It contained all the star charts he’d been working on throughout his life. These, his planetary work and eclipse calculations, would enrich the world’s understanding of astronomy for hundreds of years to come.

If Flamsteed hadn’t been so successful, clock-makers such as Harrison, who designed navigational timepieces, would never been able to create such accurate devices to calculate longitude. In turn, this would have meant future explorers, such as Captain James Cook, would not have been able to traverse the ocean and discover the wider world as soon as they did, changing history forever.

Reasons to Study History at University
Mastering Mindfulness: The Eye of the Storm