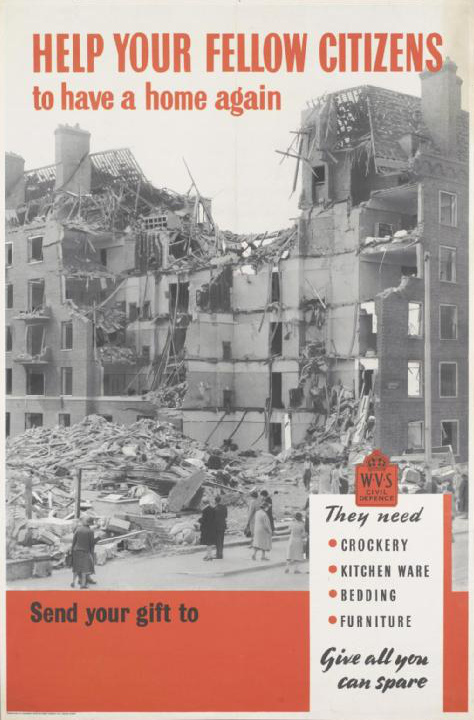 The Blitz: What Your Teacher Left Out

You can’t study World War Two without mentioning the Blitz. Beginning in September 1940, Blitzkrieg – or lightning war – was the name given to the Nazi’s sustained bombing campaign over Britain. As school history tells us, the damage done to British people and our infrastructure was devastating. But, quite often, the version of the Blitz that is presented to us in school doesn’t tell the whole story. Here are some facts that are often left out of the textbooks, but reveal much about this dark period in British history.

The Blackout Began Before The Blitz

We tend to think that the Blackout – the period in which all lights in Britain were turned off – developed as a response to the Blitz. In fact, a nationwide blackout was introduced on 1st September 1939 – two days before World War Two broke out. The government suspected that the Nazis might turn to aerial bombing and so they planned ahead to make that task as difficult as possible.

The Blitz Didn’t Only Happen at Night

The idea that the Luftwaffe only dropped bombs under the cover of darkness is a common misconception of the Blitz. There were plenty of daytime attacks around Britain, like Black Saturday, which happened on the 7th September 1940. German bombers appeared over the English coast just after 4 p.m. and headed directly to London. In this first sustained assault, 430 Londoners lost their lives and another 1600 were injured.

The Luftwaffe Destroyed Other Cities Too

It’s true that the Blitz began over London and that the capital was the most bombed city of all in the UK. However, in November 1940, Hitler began focusing on other cities (of strategic and manufacturing importance), as well as ports. Liverpool and Birmingham were the second and third most-targeted areas, but Hitler didn’t stop there. From Exeter and Plymouth, to Cardiff and Glasgow, no town or city was truly safe from the Luftwaffe.

Not Everyone Used Air Raid Shelters

Air raid shelters, like the famous Anderson shelter, are synonymous with the Blitz, but they were not as widely used as we are told in school. In fact, a survey from 1940 shows that only 5% of Londoners took refuge in a public shelter and 27% in a domestic shelter. The majority of Londoners (64%) simply stayed at home, preferring the warmth and comfort of their own beds. Outside of London, this figure was even higher, at 70%.

Blitz Spirit Was Invented By The Authorities

Many historians are now questioning the idea of “Blitz Spirit” – the idea that people pulled together in this time of national crisis. Professor Richard Overy argues that Blitz Spirit was created by psychiatrists who were afraid that bombing raids would cause a massive increase in the number of people being admitted to mental health hospitals and units. As a result, the authorities published information about how to conquer fear with simple solutions, like carrying a packet of sweets in your pocket or giving another person a pat on the back. Whatever the truth, Blitz Spirit probably remains  our most enduring cultural memory of this traumatic period in history.