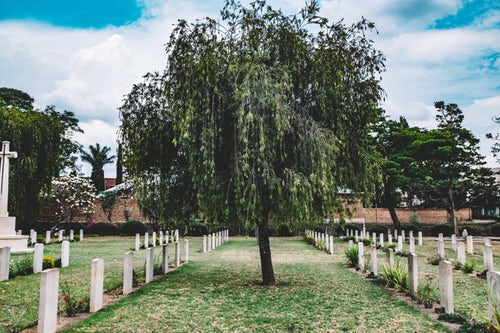 The Impact of World War One on Psychological Medicine

A few months ago I wrote an article about the impact of the First World War on medical treatments for bodily injuries, diseases and infections such as those from burns and Typhoid fever. However, this told only half the story. As I cover here, the harm caused by the Great War was as much mental as it was physical. This post will look at the major developments made in psychological medicine in the immediate aftermath of a conflict that left at least 80,000 suffering from “shell shock.”

Advancements had to be made first in the attitude towards psychological breakdown before any progress could be made in its treatment. Thanks to the stigma of mental illness in society at the time, the British Army were initially bewildered by the number of casualties who reported no physical injury yet were suffering symptoms as wide-ranging as insomnia to uncontrollable shaking, and the high command were inclined to treat the situation as a disciplinary matter rather than a medical one, with little sympathy for sufferers.

Those who weren’t charged with desertion or other offences were frequently subjected to unsympathetic, painful treatments – isolation, restricted diet, aversion therapy, and electric shocks. Dr. Lewis Yealland, a neurologist based in London, was a major proponent of “Electric Shock Treatment” (now Electroconvulsive Therapy): an unforgiving method in which electric shocks were applied to the part of the body where symptoms presented, such as the throat of a mute patient. Success rates for these therapies were extremely poor – as low as two per cent.

Looking back today, this sounds more like punishment than treatment. Gradually, thanks to the work of doctors like W.H.R. Rivers, this began to change. As the stigma associated with shell shock lifted, treatments for the ailment became more sympathetic.

At Craiglockhart Hospital in Edinburgh, Rivers adopted a humane approach using a technique known as cognitive restructuring – looking at negative situations in a positive light. A poignant example of this can be found in Ben Shephard’s book A War of Nerves. It gives an account of a man, who having suppressed the memory of discovering his ‘friend’s mangled body’, suffered terrible nightmares about the experience every night. Rivers suggested that the condition of the body proved that he had been killed instantly, spared the agony of a slow death from his wounds. Encouraged, the man
‘dreamt that he went out into no-man’s land to seek his friend, saw his mangled body just as in his other dreams, but without the horror that had always previously been present. He knelt beside his friend to save for the relatives any objects of value, a pious duty he had fulfilled in the actual scene, and as he was taking off the Sam Browne belt he woke with none of the horror and terror of the past, but weeping gently feeling only grief for the loss of a friend.’

The government began to realise that change was needed, and soon more British Hospitals began to follow Rivers’ lead in their use of compassionate treatments. Training centres were set up at Maghull Hospital in Liverpool and the Royal Victoria Hospital in Netley, Hampshire, establishing techniques akin to today’s cognitive therapy, which placed great importance on the need to acknowledge and re-experience traumatic events based on individual analysis.

By 1939 there were 187 psychological clinics in the country. Medical schools began implementing compulsory psychological training for their students, and the Mental Treatment Act of 1930 encouraged voluntary patients and outpatients and abolished the term “asylum”, replacing it with the more sensitive “mental hospital.” The Cassel Hospital and Tavistock Clinic, two institutions that specialise in mental health cases, were established in the two years after the war, and have been ‘unequivocal forces for good in British life.’ The war forced a reconsideration of how Britain treated its mentally wounded soldiers, and proved to have a lasting effect in society at large.