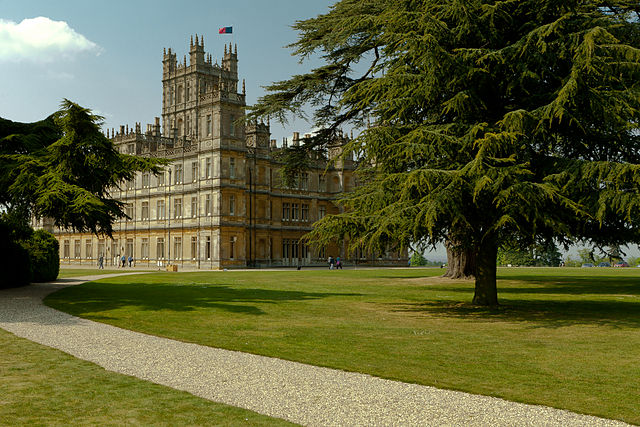 Why Is Downton Abbey So Popular?

The impressive cinema audience figures for the latest Downton Abbey film, Downton Abbey: A New Era, serve only to confirm the continuing popularity of the Downton phenomenon. The recently released sequel topped the UK box office on its opening weekend, earning £3.07m. But what exactly is it about this epic historical drama that has captured the imagination of so many, firstly on our televisions, and then on the big screen?

On a fundamental level, Downton Abbey, in common with other successful period dramas, appeals to our innate fascination with how people used to live. As we track the trials and tribulations of the wealthy Crawley family and observe the inner workings of the Grantham estate, we are reminded just how much daily lives around one hundred years ago differed from ours today. And yet, despite these surface contrasts, we as an audience are comforted by the relevance of the emotional journeys of the characters to our own experiences. The characters face a wealth of emotional ups and downs – grief, excitement, loneliness, anticipation, despair, love – that are completely familiar to us. The characters’ feelings resonate with us, and we are drawn further into their lives, empathising with them and investing our emotions, hoping for the best for them as the story progresses.

And it is more than just the emotions of the characters that strikes a chord with today’s audience. While no-one could have predicted just how relevant Downton’s Spanish flu pandemic theme would become to our own Covid-impacted lives, this is just one of many topics – education, employment, sexuality, travel, crime, war, entertainment – in the Downton Abbey TV series and films that mirror social, economic and political issues of the modern day.

However, perhaps one of the biggest attractions for today’s audience is the ever-popular interplay between rich and poor that forms the basis of so many successful dramas set in the past. As a
nation, we are, and have always been, fascinated by social class. Underpinning the structure of Downton Abbey is the contrast between the world ‘upstairs’ and the world ‘downstairs’, and how
these two spheres interconnect – and, at times, collide. The storylines of Downton play cleverly on our captivation with this relationship, presenting us, for example, with the dramatic and defiant alliance between the chauffeur and one of the aristocratic Crawley daughters, and with storylines involving characters trying to better their lives and change social class.

Popular with critics and cinema audiences alike, Downton Abbey: A New Era has reinforced the triumph of Downton. Beyond the classic components of a successful historical drama – likeable
characters, a stunning setting, strong storylines – the Downton narrative shines a light on key historical themes and social issues that still resonate powerfully today. With a strong dose of familiar human emotions and an all-important focus on the ‘haves’ and ‘have-nots’, the Downton phenomenon is set to continue to fascinate us for as long as the makers of Downton Abbey continue to treat us with new material.

The Rise Of Forest Schools
A Very Foodie Jubilee