Elena Cossar interdisciplinary Historian and social science writer for The Herstorian, based in Suffolk. 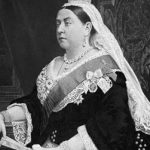 Queen Victoria and Her Era Of Progress

Alexandrina Victoria was the Queen of the United Kingdom of Great Britain and Ireland from the 20th June 1837 until her death in January 1901. Her reign was 63 years and 7 months, considerably longer than that of her predecessors, consequently the era she reigned is known as the Victorian Era, a hugely influential period […]