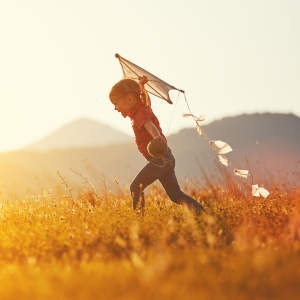 There are many benefits to children spending time outside, from building physical health to improving sensory skills, but our recent study found that lots of parents are worried that their kids are not doing it enough.

We found that on average children are now spending 1.6 hours a day playing outside, which is an hour (63%) less than their parents did when they grew up.

This adds up to seven hours less each week, 365 hours each year, and 4,748 hours over the course of their school years (5-18), which is equivalent to seven months of time.

The amount of time children spend outside varies across the UK. With children in Sheffield and Norwich spending the most time playing outdoors, for almost two hours a day on average. Compared to children in Belfast, the top five cities spend almost double the amount of time outdoors.

The top 5 cities where children spend the most time outdoors are:

However, children living in Belfast spend the least amount of time outside, at only one hour each day. This is significantly less than their parents did, who spent over three hours playing outside each day as kids.

The top 5 cities where children spend the least amount of time outdoors are:

Almost two in five (39%) parents say technology is the main reason that their children play indoors, with Belfast being the lowest city for outdoor play at just one hour per day. Half (50%) of parents in the south western city blame tech for their child’s lack of time outside, which is more than any other city.

Across the UK, on average, children spend two and a half hours a day on technology, which is 56% more time than they spend playing outside (1.6 hours).

The top 5 cities where children spend the most time on technology are:

Homeschooling families are free to incorporate outdoor learning into their week as often as they like, as they’re not restricted by the classroom environment like in mainstream schools.

Being able to spend time outside is just one of the many benefits of homeschooling. You can find out more in our Homeschooling Hub.