For families that need to move regularly – sometimes internationally – the issue of schooling can be a difficult one to reconcile. Do you move your child regularly from one school to another and risk upsetting their education, or do you choose the stability of home schooling? Kate Loseby and her family preferred to take the latter option. 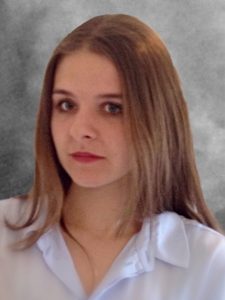 Kavae’s parents needed to move across the world regularly due to the nature of their business, and what’s more, they believed that the formal nature of the mainstream educational system could sometimes constrain the potential of individuals. As such, they decided to take Kavae and her three younger siblings with them.

“It was a life-changing decision,” Kavae explains, “from having to pick up the telephone and hold an initial conversation with my tutors, to writing my first tutor-marked assignment, many milestones were marked during this stage.

“One particular moment that resonates, is the words of encouragement I received from my then English teacher, in response to a poem I had written. As simple as they were they sowed a seed. Many, many poems later I can say it was a turning point and one I am very grateful for.”

Kavae’s experiences of OOL’s materials were positive, and she enjoyed the focused, digestible and detailed nature of the texts. That said, it wasn’t always easy. “I won’t say it was always plain sailing or that I woke up every morning glowing with enthusiasm. There were essays I did not wish to write and questions I didn’t know how to answer. Furthermore, the lack of coursework during my IGCSE’s was a challenge that differentiated me from the mainstream of those taking GCSE’s.”

Nevertheless, the skill of Kavae’s tutors enabled her to succeed with flying colours. “In the final years, my exams were essay based, and the tutor-marked assignments proved wonderful practise, enabling me to cultivate the necessary skills from day one”, she explains.

“It was also during these years that I depended more on my teachers for explanation, direction and advice, and came to the conclusion that many teachers can teach, but it takes someone special to inspire.”