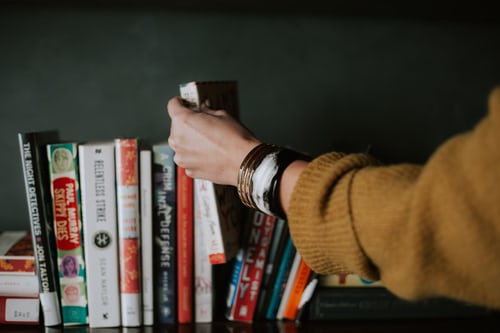 Last spring, we took a look at the best books to read in 2020 – from sensation fiction classics such as Wilkie Collins’s The Woman In White to newer outings like Sally Rooney’s Bildungsroman, Normal People. A year on, we’re going to pick up where we left off and take a look at the must-reads, both old and new, that you should get your hands on this year.

The winner of the Costa First Novel Award (2017), Honeyman’s tender look at the seemingly normal life of 29-year-old Eleanor Oliphant was an instant hit. Eleanor works in an office and is highly intelligent – but there’s also something missing from her life. As a social misfit, she struggles with emotional intimacy. Beneath her haughtiness, however, lies a traumatic past that haunts her to this day. Honeyman’s novel combines poignancy with humour, showing us that it’s never too late to start over.

Klara and The Sun, Kazuo Ishiguro

Nobel-prize winning author Kazuo Ishiguro returned with another soon-to-be-classic this year. Ishiguro delved into the topic of what it means to be human in his dystopian novel, Never Let Me Go (2005). Klara and The Sun takes this exploration even further. The titular character, Klara, is a robot built to observe and understand humans. As a RF (Robot Friend) to a sick teenager named Josie, Klara’s existence becomes shaped around taking care of her human companion. As with Ishiguro’s previous novels, The Remains of the Day and Never Let Me Go, it’s the novel’s near-quotidian narration that makes it both unsettling and utterly brilliant.

The Woman In Black, Susan Hill

Stephen Mallatratt’s stage adaptation of Susan Hill’s classic Victorian ghost story is the West End’s second-longest-running play after The Mousetrap (1952.) And it’s easy to see why. In The Woman In Black Hill crafted the perfect yarn, one that has endured through generations. When the novel opens, it’s Christmas Eve and our protagonist, Arthur Kipps, is at home with his wife and four step-children, telling ghost stories. Arthur begins by telling us a story from his time as a young solicitor. It involves a misty causeway, a recently deceased widow, and a woman all dressed in black. Awash with gothic undertones and creepiness, the very human tragedy at its heart is ultimately more terrifying than any ghost story we could ever imagine.

Mary Rattigan dreams of flying. Specifically, she dreams of flying away from ‘The Troubles’ in Northern Ireland and landing somewhere she can build her life anew. But when Mary falls pregnant and is forced into a marriage with an older man, the opportunity for freedom and true happiness seems to have passed her by. Or has it? Delaney’s protagonist faces a dilemma that is all-too-familiar to many people – that of navigating the chasm between the life you’re living and the life you want to live. This bittersweet tale is a perfect meditation on what it means to find your heart.

When was the last time you stepped into a library? With everything that’s happened over the past year, it might be a while, but have you ever thought of the impact it would have on the world if these nuclei of knowledge did not exist? Librarian Allie Morgan understands the importance of libraries better than most. What started as a part-time job for Allie then became a passion project. In this compelling read, Morgan shows us how libraries are about so much more than just books – they shape entire communities and give individuals a sense of belonging. With libraries continuing to be under-funded, Morgan argues the case that saving our libraries is a serious – and potentially life-saving – emergency.

To see my Top 5 reads, you can click here