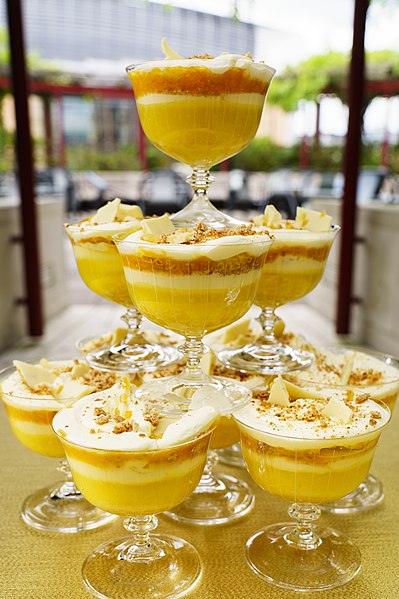 Queen Elizabeth II’s Platinum Jubilee marks the first time a British monarch has ever reached the milestone of a 70-year reign. A key element of many Jubilee celebrations taking place will be something both deceptively mundane and potentially problematic: food.

The historical and cultural links between the British Monarchy and food are extensive, ranging from hunting feasts, royal banquets and afternoon tea to eponymous dishes like Victoria sponge cake and coronation chicken. In a famous speech to English troops preparing for battle at Tilbury, Queen Elizabeth I declared ‘I have the heart and stomach of a king’, her healthy appetite being equated with her sovereignty. Eating habits of members of the royal family have often been widely reported on, from Queen Victoria’s sweet tooth to Prince Charles’ insistence on organic produce and the Queen’s own penchant for a nightcap.

Food will be central to the pomp and ceremony of festivities this weekend, with over 16,000 street parties and 70,000 Big Lunches set to take place across the UK; a further 600 are planned in over 70 countries from the Commonwealth and rest of the world. A commemorative jubilee cookbook has been released, with proceeds going to charity, and many organisations have collated recipes fit for queens, kings, jesters and others. The official pudding of the Queen’s Platinum Jubilee is platinum pudding (one such pictured): a citrus trifle created by an amateur baker, Jemma Melvin, whose dish won a national competition judged by industry experts.

The Other Side Of The Coin: Food Poverty

This year’s landmark anniversary falls at an ambivalent time, however. The fallout of the Covid-19 Pandemic and Russia’s invasion of Ukraine is seeing a steep rise in the cost of living, with increased energy and food prices correlating to increased need for free school meals and record high levels of food bank usage. The 2022 report by the Joseph Rowntree Foundation found that ‘2.9 million individuals in poverty in the UK have a low or very low food security status’. In this concerning context, the gastronomic opulence of Jubilee celebrations may exacerbate financial difficulty and stress for many people. Whilst platinum pudding calls for the more-affordable tinned mandarins, its recipe list is still dauntingly long and the cost adds up.

The Wealth Gap, Then And Now

When the Queen ascended the throne in 1952, wartime rationing remained in place. For her wedding in 1947, the Queen saved up clothing coupons to pay for her dress and the ’10,000 mile’ wedding cake was made from ingredients gifted from around the world. Such measures perhaps lent a sense of commonality with regular people, who would decorate their own wedding cakes with cardboard when unable to buy icing sugar. In contrast, the current cost of living crisis is bearing a disproportionate impact, with those in poverty being worse affected. Among the jollity of the Jubilee are much-needed articles of advice for celebrating on a budget with penny-pinching versions of platinum pudding. Probably the best way to celebrate in cheap-and-cheerful style this week is to open doors, share in good company and give anyone who needs it the biggest slice of cake.

Why Is Downton Abbey So Popular?
Cornish Pasty, Anyone?