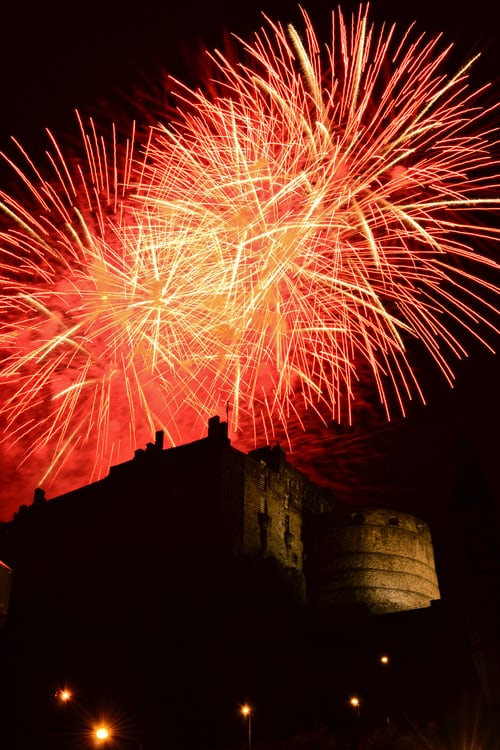 31st December is a day of celebration in many countries across the world, as the old year draws to a close and the hope and prosperity that accompanies the arrival of a new year is embraced. In Scotland, this is a time of particularly great festivity, through the elaborate celebrations of what is known locally as ‘Hogmanay’.

The Origins of Hogmanay

The word ‘Hogmanay’ derives from the French ‘hoginane’, meaning ‘gala day’, and was likely first used in 1561, following the return of Mary Queen of Scots to Scotland from France. However, many Hogmanay rituals and customs actually date back to the times of Viking invasions in Scotland during the eighth and ninth centuries.

In the present day, Hogmanay lasts from 31st December until 2nd January, and involves torchlight processions, lively street parties and stunning firework displays – including famously at Edinburgh Castle. Many of the less extravagant ancient traditions associated with this time of year also continue, such as ‘first footing’, which involves visiting family or friends at home immediately after midnight on 1st January. The first visitors to a household at this time are warmly welcomed and are considered to bring good luck, happiness and health to their hosts. They offer special ‘first footing’ gifts including rye bread, to ward off hunger, and a lump of coal, to represent warmth. (Tradition actually states that a household’s ‘first foot’ should be a tall dark man – in the era of Viking invasions, the appearance of a blonde man could have represented danger (as Vikings were typically blonde), therefore a midnight visitor of contrasting appearance was very much hoped for!).

Other enduring and important Hogmanay rituals include the cleaning of houses before the new year arrives, symbolising clearing out the old year before welcoming in the new, and the resolution of any debts, allowing a fresh start for the new year.

In addition to the very distinctive Hogmanay celebrations within Scotland, Scottish influence at new year has spread globally in a different sense. The well-known song Auld Lang Syne, which has been adopted as the traditional tune for rendition at midnight in many countries, originates from Scotland: it was written by the renowned Scottish poet Robert Burns.

If you are lucky enough to be out and about in a Scottish city as the year reaches its end, you will undoubtedly witness spectacular celebrations (in usual years, at least), uniting ancient Scottish history with modern life, as families, friends and strangers join together to celebrate all the hope that the new year brings.