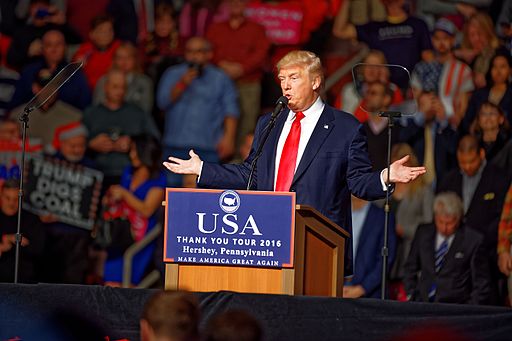 How Unique is Donald Trump, Really?

President Donald Trump is seeing his poll ratings sliding from bad to awful ahead of November’s election, so you would be forgiven for assuming he’ll wind up an aberration in US history. But the truth is that the component elements of Trumpism have been a part of American political life for a long time.

One of the open questions about the 2020 election is will a defeated Donald Trump give up power graciously, or will he cry foul? Yet it’s not as if Trump’s the first occupant of the Oval Office to show a flagrant disdain for democratic process. We all know the Nixon story, whose paranoia and lust for power ended in Watergate. But what about Lyndon Johnson? As revealed in detail by writer Robert A. Caro, LBJ intentionally fabricated thousands of votes to steal his senate seat in 1948, without which he wouldn’t have won the presidency.

Perhaps most chillingly, Trump’s reaction to Black Lives Matter is the crescendo of an American tradition of mobilising racism for political gain. Barry Goldwater’s segregationist pitch in 1964, although unsuccessful, began the Republican party’s alliance with the darker instincts of the Deep South. This would prove central to its electoral dominance under Nixon and Regan. Their dog whistling engendered a culture war in pursuit of ballot box success, as outlined in Rick Perlstein’s four volume history of the American right. Trump evidently thinks the same ploy will save him from defeat this year.

Such dynamics aren’t new. Millard Fillmore, Whig President between 1850-53, made his name pedling conspiracies about immigrants and refugees and lamenting ‘foreigners’ taking the jobs belonging to the ‘native born’. And the comparisons don’t stop there. According to Fillmore’s biographer, his administration was “in constant turmoil because you didn’t know who was running things from one day to the next… it was government by chaos.” Sound familiar?

Indeed, since the earliest decades of the republic, American voters have been drawn to the celebrity outsider promising to break up the Washington establishment. Andrew Jackson, the Democratic party’s founder, swept to power in 1828 as the original populist disruptor. First dismissed and then feared by traditional politicians as a dangerous novice unfit to govern, Jackson styled himself as the man of the people needed to clean up corruption amongst the governing elite.

All of this is not to downplay Donald Trump’s exceptionally forthright racism and disregard for democracy. But we would do well to remember that the tendencies that led to 2016 won’t vanish overnight on 3 November 2020 – whatever the result.

Maximising Your Learning Potential
How to Educate for The Green Revolution

Andrew Hyams is a communications and digital consultant from London with a background in politics and campaigning, having worked for the UK, Australian and New Zealand Labour parties. He studied History and Philosophy at the University of Sussex and UCL. You can get in touch with him on andrew@andrewmarkhyams.com