Keep upto date with the The Oxford Home Schooling Blog

The Literature of Robin Hood

Although the legends of Robin Hood are usually associated with the twelfth century and the reigns of King Richard and King John, the first literary reference to the outlaw didn’t appear until the late fourteenth century. Robin Hood is mentioned in a story called The Vision of Piers Plowman, which was written in c.1377 by […] 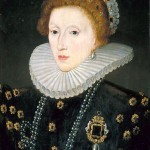 The Ascension of Elizabeth I

Elizabeth’s reign has become known as England’s Golden Age, during which the Spanish Armada was defeated, English explorers discovered many parts of the ‘New World,’ and Protestantism returned to the country.

Considered by many to be the father of modern detective fiction, and the master of horrific literature, Edgar Allan Poe was born on January 19th, 1809, in Boston, Massachusetts, U.S.A. Best known for his unnerving poem, The Raven (1845), Poe’s dark style captured the imagination of readers around the world, reeling them in with his […]

The Death of John Keats

On a bitter night in 1818, John Keats, the last of England’s great Romantic poets, travelled from central London to his home on Hampstead Heath. He staggered into bed, coughing blood. Pulmonary consumption, better known as Tuberculosis, has been a scourge of human populations throughout history, as a bacterial disease that attacks the poor, the […]

The English poet and playwright Robert Browning was born on 7th May, 1812, in Camberwell, London. His father was a clerk in the Bank of England and a keen literary collector, owning more than 6000 books. His mother was an accomplished musician. By the age of twelve, Robert had written his first poetry book, and […]

Tomorrow, 2nd April, marks the birthday of one of our most famous children’s writers, Hans Christian Andersen. Without him, you may well never have heard of characters such as The Little Mermaid or tales such as The Emperor’s New Clothes. The chances are he will have made some kind of an impression on your childhood, […]

Science in schools: Triple or Double?

There is currently a demand from various organisations for more pupils to be offered Triple Science in Secondary Schools. The Open Public Services Network, OPSN, has noted that the ‘curriculum taught in poorer parts of England is significantly different to that taught in wealthier areas.’ Geography and wealth have a significant determining factor on opportunity […]

Brainstorming, a method of a group sharing their ideas for a forthcoming project, essay or assignment, was developed in 1953 by Alex Osborn.  This technique is an excellent way of recording existing ideas, and stimulating new ones. Osborn had four basic rules when brainstorming-: 1. No criticism of other people’s ideas 2. The wilder the […]

The Birth of Modern Photography

We have always learned a great deal from the use of texts, and of course from traditional word of mouth down the years. Where, however, would we be, without the picture? Or more specifically, the photograph? A drawing can tell us a lot, but a real image can provide us with even more – a […]

If one of your New Year’s Resolutions was to be on top of your studying this year, then a revision app might be just the thing to get you on the right track. After all, it’s 2015, books are out (no, not really!), technology is in and you may well have an iPhone 6 or […]

We are maintaining a page with daily updates of how we will be dealing with exam grades for 2020 student here.