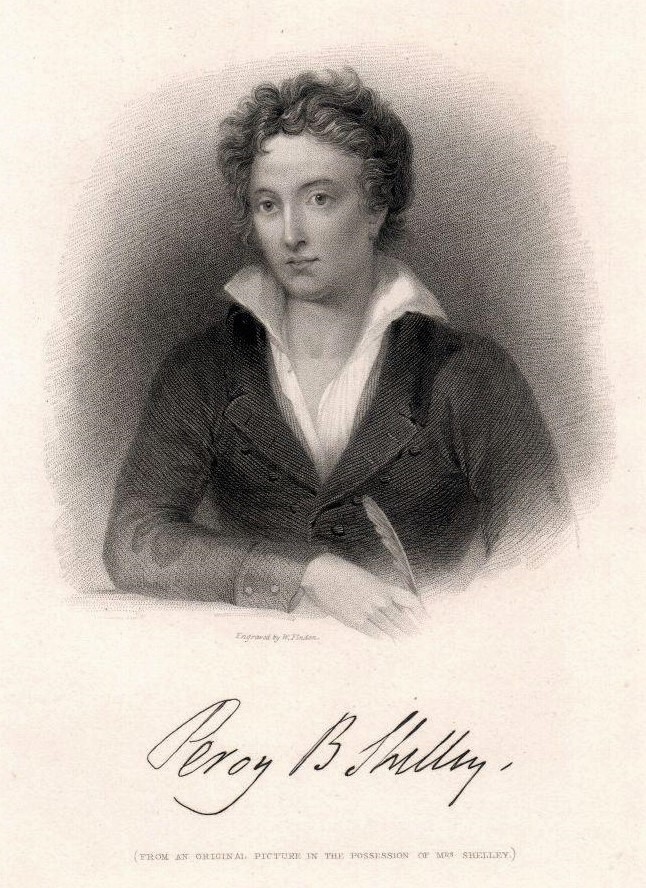 Yesterday marked what would have been the 228th birthday of a man who is widely regarded as one of the greatest lyrical and philosophical poets of the English language; Percy Bysshe Shelley.

Shelley’s most well-known achievements include poems such as ‘Ozymandias’, ‘Ode to the West Wind’ and ‘To a Skylark’, as well as his contribution to his wife Mary’s infamous novel, Frankenstein. A true English Romantic, his works espouse typical themes of rebellion against authority, the power of nature, the pursuit of love, and the restlessness and brooding with which it comes. The list of those who admired and were influenced by him is incredibly long and distinguished, and includes Benjamin Disraeli, Robert Browning, Alfred Tennyson and William Butler Yeats, to name a few.

Shelley was as radical in his poetry as he was in his political and social views, which meant that his works were not widely published until after his death. His poetry pushed boundaries, attacking monarchies and authority figures in a time when authors and publishers were commonly convicted of treason and sedition. His theories of economics, morality and civil disobedience impacted the Chartist Movement and can be said to have influenced the works of Karl Marx, Leo Tolstoy, Mahatma Gandhi and Martin Luther King Jr.

The Life of Percy Bysshe Shelly

Born in 1792, Shelley was raised in Sussex and educated at Eton College. By the time he attended the University of Oxford in 1810, he was already a published writer. During his university career, Shelley co-authored a pamphlet entitled The Necessity of Atheism, which resulted in his expulsion, as well as estrangement from his father. He later spent much of his twenties living in Italy with Mary Shelley, his second wife, and their two children.

Less than a month before his 30th birthday, Shelley drowned in a storm off the coast of Italy. Speculation surrounding his death has led to numerous theories; that he committed suicide, that his ship was seized by pirates, that he was assassinated for his political views, or simply that he was unable to navigate the high seas.

The short life of Percy Bysshe Shelley has left a legacy of incredible impact, despite his poetry being initially criticised as ‘sentimental nonsense’. His prose remains as a reminder to us all to strive for the highest standards, for ourselves and for society, and to question blind acceptance of authority. It seems fitting to end with his words, which seem particularly poignant during the unprecedented times in which we find ourselves: ‘O, wind, if winter comes, can spring be far behind?’

How to Analyse Primary Sources
What is Metacognition and How Can It Help Me Become a Better Learner?