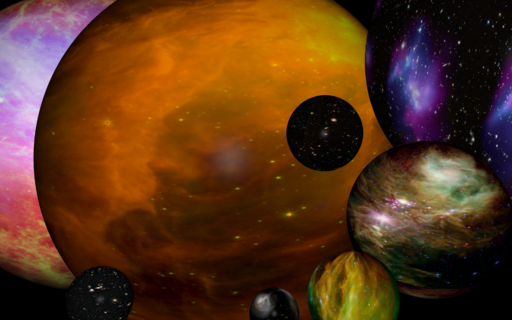 Science Fiction From The Social To The Cosmic

H.G. Wells (September 21, 1866 – August 13, 1946) was an English author, historian, and satirist. He is best known as the writer of such novels as The Time Machine and War of the Worlds. As with Jules Verne, many consider him “The Father of Science Fiction.”

Wells was born in Bromley to shop-keeper parents. After stints as an assistant to a chemist and draper, Wells won a scholarship to study Biology at the Normal College of Science, London. He later became a teacher of the subject.

The Father of Science Fiction

In 1893, Wells published his first book, The Textbook of Biology. Two years later, he published his first novel, The Time Machine. This tale of time travel was an overnight literary sensation that compelled Wells to write more science fiction. In 1896, he published The Island of Doctor Moreau, in which a scientist creates a new species of creature. In the horrific tale of The Invisible Man (1897), Wells explored the disaster that follows a man who devotes himself to science.

Perhaps his most famous novel is The War of the Worlds. A story of the Martian invasion of England, it was one of the first novels to describe a conflict between humans and aliens. In 1938, Orson Wells broadcast a version of The War of the Worlds on the radio that claimed aliens were in New Jersey. The news caused public panic.

At the heart of Wells’ fiction was a concern for humanity. He was an active socialist, committed to societal change. He even ran as a Labour Party candidate in 1922 and 1923. In later life, he abandoned science fiction to focus on satirical explorations of lower-middle-class life. The 1909 book Tono-Bungay explored memories of his impoverished youth.

His belief that education was the key to progress led to the creation of The Outline of History. This chronicle of human history sold two million copies upon publication in 1920 and is one of the most popular histories ever written.

In 1945, he published his last book, Mind at the End of Its Tether. This pessimistic essay contemplates the replacement of humankind with a new, advanced species. He died the following year.

Howard Phillips Lovecraft (August 20, 1880 – March 15, 1937) was an American writer and author of fantastic and cosmic fiction. He is remembered as one of the masters of the horror genre, one infused with elements of science fiction, and is the creator of the “Cthulhu Mythos”.

H.P. Lovecraft had a tragic childhood. His father suffered a psychotic episode and was committed to an asylum, where he died five years later. A sickly child, Lovecraft did not complete his school education. Instead, he was educated at home by relatives who encouraged him to read to an advanced level. Lovecraft focused on classic literature and the sciences, particularly astronomy. He was a gifted child who produced his own scientific periodicals and wrote his first literary work aged seven.

After the death of his Grandfather, Lovecraft and his mother were evicted from their home. This series of tragic events culminated in a nervous breakdown. He became a social recluse, locked inside his house with his mother.

His career was unusual in origin. In 1913, he wrote a series of criticisms in rhyme to a pulp fiction magazine called Argosy. The President of the United Amateur Press Association (UAPA) was intrigued by the strange letters and offered Lovecraft a job. In 1916, he published his first short story, The Alchemist. The next year, he published The Tomb and Dagon, the first pieces to demonstrate the weird and dark style for which he is known.

During the inter-war period, Lovecraft wrote fantastic pieces that considered the transient nature of humanity. One of his most famous was The Call of Cthulhu (1926). It was a horrific story about a terrible monster that lived below the Pacific Ocean and would one day rise and destroy humanity. Lovecraft wrote more stories set within this ill-fated fictional universe, that came to be known as the Cthulhu Mythos, with other notable titles including The Nameless City, The Shadow over Innsmouth and At the Mountains of Madness. Authors like Stephen King and Richard L. Tierney have since added their own contributions to this series.

Lovecraft died in poverty at the age of 46. He did not live to see the impact that his fictional universe has had on popular culture. His legacy has also been complicated by the revelation of racist and xenophobic beliefs.

Today, Lovecraft is most remembered as the creator of his Cthulhu Mythos, the Lovecraftian sci-fi-horror subgenre. He is one of the most significant authors of supernatural horror fiction, with influences and references appearing in numerous films, TV programmes, games, comics and books, be it in the form of his oft-cited “book of the dead” Necronomicon, John Carpenter’s The Thing – an alien buried beneath Antarctica, or the quote “eldritch terrors” appearing in the latest scripts of Chilling Adventures of Sabrina.

Sci-Fi Pioneers: 1: Shelley and Verne
Opinion: How Orwellian Are We?