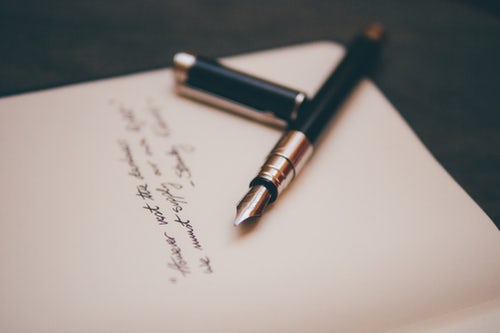 The First Woman to be Oxford Professor of Poetry

Alice Oswald has been appointed the first female Oxford Professor of Poetry in the role’s 300 year history. She will succeed Simon Armitage – who has just been elected as the UK’s new Poet Laureate – from 1 October 2019, to become the 46th Professor of Poetry, as announced at Oxford’s Convocation House on 21 June. The position, which is separate to the poet laureateship, was created in 1708 by an endowment from the estate of Henry Birkhead. It is said to be the most important academic poetry position in the country. The only woman elected so far has been Ruth Padel, who resigned nine days after the vote in 2009, and therefore never officially took up the role.

The Oxford Professor of Poetry is elected every four years. Responsibilities include giving a public lecture each term, an oration at the University’s honorary degree ceremony, and representing the contemporary poetry world more widely. The appointment was decided by members of Convocation, a group that includes Oxford graduates who have had their degree formally conferred, and members of staff who make up the University’s parliament, known as Congregation. Oswald took the title with 1,046 votes, followed by Andrew McMillan with 210 and Todd Swift with 58.

Oswald is a former classicist at New College, University of Oxford. She is renowned for her sensitivity to the plant world and deep connection with nature. Her first collection of poetry, The Thing in the Gap-Stone Stile (1996), won the Forward Poetry Prize for Best First Collection. She also won the prestigious T. S. Eliot Prize in 2012 and the 2017 Griffin Poetry Prize for her seventh collection of poems, Falling Awake.

Following the news, Professor Ros Ballaster, Chair of the English Faculty Board at Oxford, released a statement celebrating poetry as a place for “reflection in and about language”. She was “confident that this new voice will challenge and excite audiences every bit as much as her predecessors have done.” She also remarked that “To adopt the words in her own poetry, it is the fulfilment of long balancing the weight of hope against the light of patience“, referencing the three centuries of male-dominated history associated with the role. Ballaster concluded:”She is a remarkable, resonant talent and we count ourselves privileged to host her for the next four years. We know that she will foster with wisdom and generosity the talent of others in Oxford and beyond.”

The Death of Shelley
Why Good Numeracy Counts

Jade Cuttle graduated from the University of Cambridge with First-Class Honours in Literature, going on to undertake an MA in Poetry at the University of East Anglia. Selected by Ledbury Poetry Festival as an Emerging Critic and winning Best Reviewer (Editor's Choice) in the 2018 Saboteur Awards, Jade has written for the Guardian, The Times Literary Supplement, The Spectator, The Times & The Sunday Times, the Observer, BBC Radio 3, BBC Proms, The Poetry Review and elsewhere. She is Deputy Poetry Editor at Ambit and judging the Costa Book Awards 2019. You can find out more on her website: www.jadecuttle.com