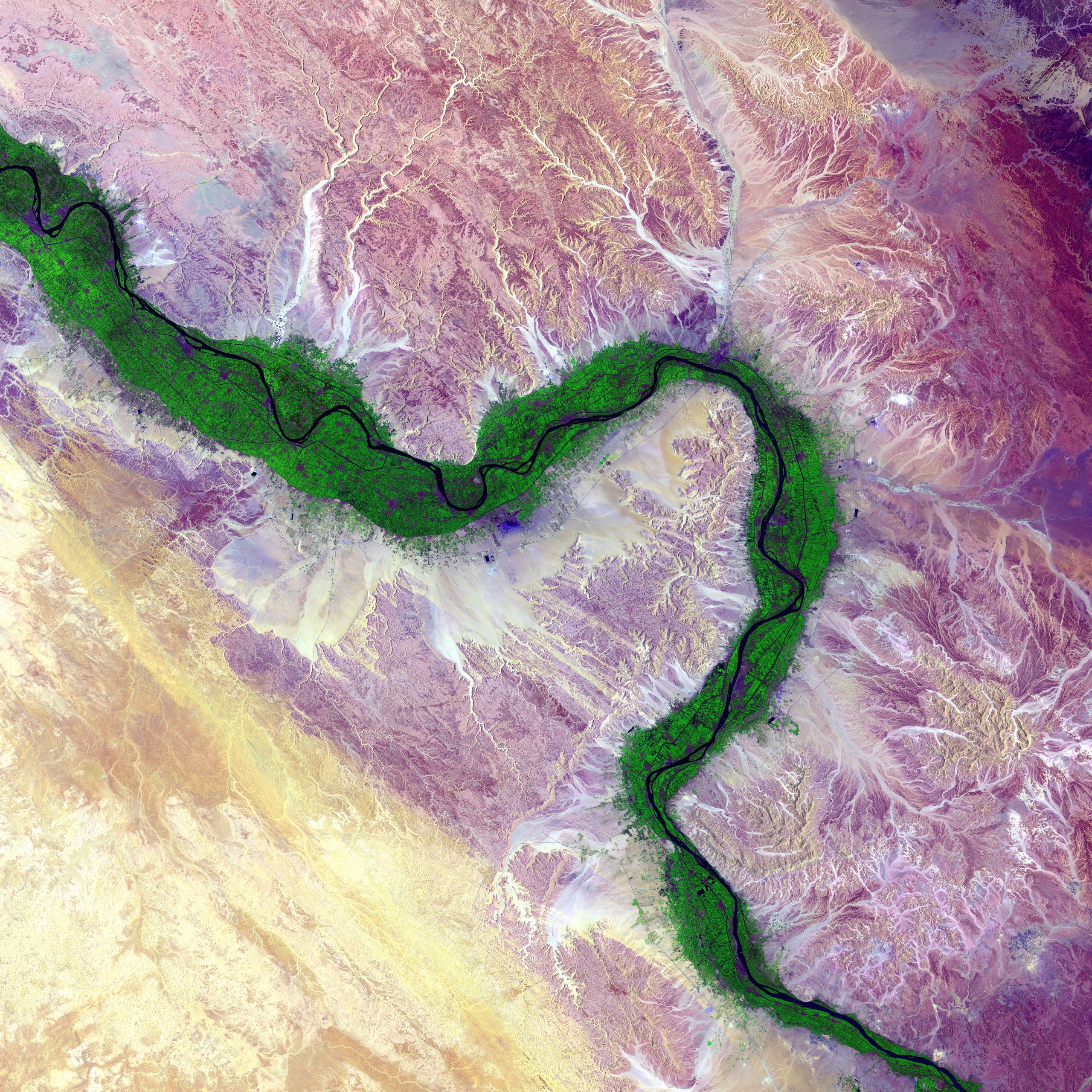 Uncovering The Secrets Of The Nile

In the Sudanese city of Khartoum, two tributary rivers, the White Nile – which originates in South Sudan – and the Blue Nile – which starts in Ethiopia – meet, and there they form one of the most famous rivers in the world. A staggering 6,695km in length, the Nile passes through 11 countries in north-east Africa before it reaches the Mediterranean Sea.

The Nile As Lifeblood of Egypt

The river is of particularly vital importance to Egypt, where more than 95% of the population live within a few miles of its banks, depending utterly upon its waters for many aspects of daily life in the hot, dry climate. Indeed, the roots of ancient Egyptian civilization can be traced back to the Nile: 5,000 years ago, Egyptians began building villages beside the river, much for the same reasons as today – as a crucial source of freshwater in the otherwise arid desert landscape. The Nile flooded each summer, with the floodwater carrying nutrient-rich soil onto the land, providing essential fertile farmland and enabling the ancient Egyptians to grow food and crops. The river also provided vital transportation links, and its banks supplied reeds, which were used to make important everyday items including papyrus – the first form of paper.

Although the river Nile is still critical to daily life in north-east Africa, it no longer floods each August. Since the completion of the mighty – and controversial – Aswan High Dam across it in 1970, flow has been controlled during the former flooding season, with the resulting reservoir providing a supply of water during droughts.

As well as people, many fish, birds and other types of wildlife, including turtles, river snakes and the famous Nile crocodile, rely on the river for their existence. However, climate change presents a huge threat to the Nile and its dependents, with potentially devastating consequences for human life and wildlife in the surrounding area. While there is debate over the exact nature of the long-term impacts of climate change on the river, it is likely that in future its surrounding areas will be subject to more extreme, more frequent and longer dry seasons. The water levels may decrease in the upper reaches of the Nile as the world warms up, and an increase in sea levels could cause saltwater from the sea to flood into the mouth of the river and surrounding area, which would devastate wildlife and cause a loss of vital freshwater around the Nile Delta.