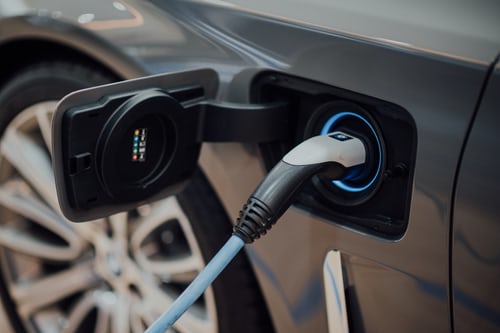 Are Electric Cars Really The Future?

Electric cars have been steadily growing in popularity, especially in the past year. There are currently around 300,000 purely electric cars on the road in the UK and 2020 saw a 66% growth in the electric car market compared to 2019.* As well as being a cleaner option for the planet, electric vehicles offer owners significantly reduced running costs when compared to an internal combustion engine. The maintenance cost of an EV (Electric Vehicle) is around 49% lower than that of an ICE (Carbon Emitting) vehicle and fuel costs are, on average, 58% less. According to EDF Energy, one electric car can save around 1500kg of carbon dioxide a year – the equivalent of 4 flights between London and Barcelona – and even when you consider the electricity used to charge the car, carbon emissions are up to 30% less than that of a petrol or diesel vehicle.

But do EVs solve all our vehicle-related issues? Even if all electricity was generated through renewable sources (which it currently is not), it’s important to remember that the manufacture of electric vehicles still generates carbon. The large number of cars on the road also presents a problem. There are currently around 39.2 million licensed vehicles on the road in the UK, with 82% of them being cars, and car ownership has risen each year since World War II. In 2020 58% of all trips were made by car and 76% of journeys of 2-3 miles (an arguably walkable or cyclable distance) were taken by car. Nearly half of all UK workers choose to drive to work and whilst it is perhaps understandable that 75% of workers from rural areas travel to work by car, driving is the predominant method of travel in urban areas too. Shockingly, 30% of workers in London commute by car, despite the abundance of public transport options available in and around the capital. **

All of this means that UK roads are busy, and they’re set to get busier. The RAC project that, by 2050, traffic will have increased by up to 50%, leading to increased journey times and more frequent road traffic accidents. Whilst other methods of travel, such as walking, cycling, and using public transport, do exist, the UK remains obsessed with motor vehicles. Figures from Cycling UK state that, in 2019, over 98% of road traffic was cars, taxis, vans, HGVs and motorbikes. Only 0.7% of traffic was buses whilst just 1% were bicycles. Cycling often presents a dangerous form of travel, particularly in urban areas, as only 2% of the UK road network has a dedicated cycle path which is segregated from motor traffic. In contrast, the famously bike-friendly Netherlands has approximately 22,000 miles of cycle path segregated from motor traffic – a quarter of its road network. Public transport is also lacking in the UK. A 2019 Department for Transport study found that 93% of people living in urban areas live within a 6-minute walk of a bus stop whilst the figure is only 74% for people living in rural villages, and only 63% of all people living in the UK are satisfied with the public transport system; it often presents an expensive and unreliable method of travel.

Electric cars are a fantastic alternative to the highly polluting ICEs that most of us drive, but perhaps a better substitute would be to change our attitude towards cars and instead, invest in and support our public transport and cycle network, providing a more pleasant, sustainable, safer, and healthier way to travel.

Non-Fiction: It’s All About The Little And Often
Which local authorities will need more teachers in the near future?