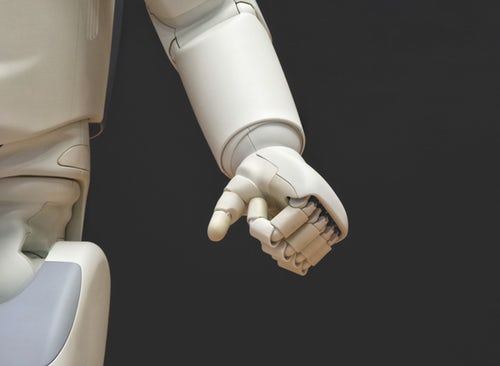 When you think of a hologram, what immediately springs to mind? Sci-fi programmes such as Star Trek? What about a teacher? Maybe not. Think again, because this technology could be the future life of online study, Jim, and it’s not quite as you know it…

Imagine a world where full-size, 360-degree images of teachers or lecturers are projected on-screen and can be viewed without the need for any expensive, special gadgets. It would be a world in which holograms animatedly engaged with students in locations across the globe. Sounds a little far-fetched, doesn’t it? In fact, it’s becoming a reality.

In November 2018 it was announced that University students at Imperial College Business School in London will be the first in the world to have live lectures delivered to them via augmented reality holograms. Could holograms become a firm fixture in the technological armour that is the future of online learning? Or is this nothing more than a passing technology fad?

Augmented reality holograms allow remote students to engage with their tutor in a unique way. The hologram is realised by projecting a live image of a lecturer onto a screen in front of the audience. The lecturer then presents live from another location elsewhere in the country or even the world.

However, using holograms is not a new concept. Music concerts have been delivered using holograms to physically represent artists. In April 2012, a virtual Tupac Shakur took the stage with Snoop Dogg and Dr. Dre. It was the first time a hologram had appeared at a live performance in front of a large American crowd.

But does the use of holograms in teaching provide the same authentic feel of having a lecturer or teacher physically present in the lecture hall or classroom? It would certainly seem so. Holograms can engage with students as a present human being would; using gestures such as pointing and making eye contact with their audience.

And what about robots? At America’s Michigan State University, some online students embody robots to enable them to have a ‘presence’ in face-to-face classrooms. This helps draw their learning experience closer to that of their on-campus counterparts. To use the robots, remote (online) learners download free software onto their desktop, laptop or smart device and log in. It enables them to control their movements and zoom level using the arrow keys.

So how did the online students find the experience of being a robot? Quite positive, it seems. They reported feeling more engaged and less prone to distraction compared to using the less developed forms of synchronous online learning. Surprisingly, the result of using the robots showed the on-campus students felt a greater sense of connection to their remote peers.

Online study continues to increase in popularity. Embracing the use of technologies, including holograms and robots, will help play a part in bridging the physical gap between classroom and remote learners. Time to beam you up, teacher!