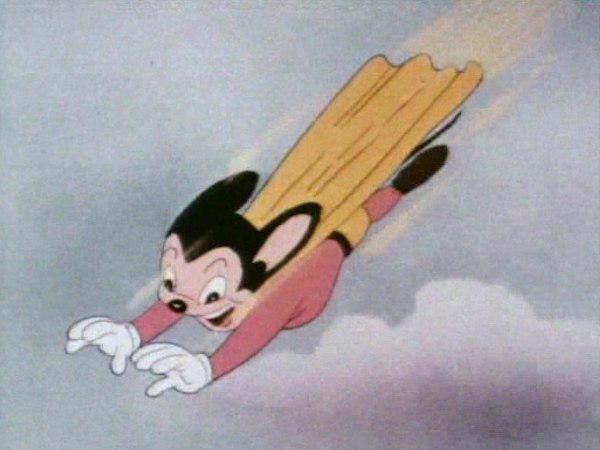 Can Cartoons Show Us The Way?

There’s no doubt about it, people like to create class systems. This holds as true for art as it does for jobs and social status symbols. Culture has long been a way to demonstrate status, with certain forms being elevated and others left for the “commoners”. Interestingly, this status itself does change. Television, you may distantly remember if you are pre-Netflix generation, was once seen as a meaningless distraction, but has now begun blazing new paths into extended storytelling. But when considering avant-garde art forms that have traditionally been ignored, it is impossible not to consider the role of cartoons. Their very nature seems childish to the modern eye, but this allows them to explore areas not readily permitted for other media. Perhaps, all things considered, our classifications of high and low culture are as meaningless as Burberry vs Haute Couture.

Rick and Morty vs La Bohème

To argue my point, let’s take opera, a genre so laden with bombast and acclaim as to be undeniably high culture. In La Bohème, Puccini describes life for bohemians in Paris’ Latin Quarter. A poet called Rodolfo falls in love with Mimi, a seamstress. He grows jealous and leaves her. Then he finds out that she is dying of tuberculosis and runs back to her before she dies. I have seen episodes of Coronation Street with more depth to the plot.

Now let’s take an episode of Rick and Morty, a popular sci-fi cartoon that came out in 2013. It tells the story of a scientist trying to live under the weight of his enormous intellect. His knowledge has become a curse, and as he lurches between meaningless adventures he tries to battle nihilism with a kind of dystopian megalomaniac indifference, which is, for some reason, extremely charming. Plots knowingly veer between the ridiculous and profound to illustrate this internal division within Rick. In one episode, an experiment with a love potion goes severely wrong after attaching to the flu virus. It goes viral… in the bad sense, and Rick attempts to create several serums to counteract the disease that he has unleashed on the world. These attempts to resolve the mess he made only worsen things, turning people from mantis-people (as in praying mantises) into barely recognisable blobs.

Ultimately, Rick’s arrogance in thinking he can control events just makes them worse, and as a final solution he searches all known universes for a version of events where he managed to cure the plague but then died himself. In one of the final scenes, Rick and his sidekick Morty bury their old selves in the back garden and take their places in a parallel reality. Rick remains indifferent and slightly angry at his traumatised assistant, who walks around aghast at what his young eyes have seen.

Now, I’m not saying La Boheme doesn’t move people and doesn’t have artistic value. I am saying, however, that it is a story which has been told many times and in many ways. It’s ubiquitousness is testament to its popularity, clearly, but there is a feeling of trotting out the same old tear-jerking material that you see every Oscar season. If you miss it, you can always watch The Notebook, West Side Story, or Titanic. You come away sad that young love has to end.

Rick and Morty, on the other hand, plays with themes such as the vast arrogance of science, the agonising indifference of nihilism, and the terrifying unpredictability of events. In Morty’s final gaze we see the trauma of seeing and knowing too much. Within Rick’s indifference lies a soul which has been around the block and is not better off for it. It’s like an epic thought experiment, taking aspects of the human condition to their extremes and watching them implode on themselves.

Whichever way you look at it, it would certainly be hard to argue that Rick and Morty is low culture for lack of scope, profundity or artistic merit. You could, after all, get most of the plot of La Bohème on the back of a pack of cigarettes.

But Will Cartoons Ever Be Considered “More”?

Perhaps a lot of cartoons’ power comes from their ability to slip under people’s radar and surprise them with unexpected complexity, and maybe that’s not too bad a thing. Ultimately though, when it comes down to why one is high culture and one is low culture, the answer must surely be: “because that’s just the way it is”.