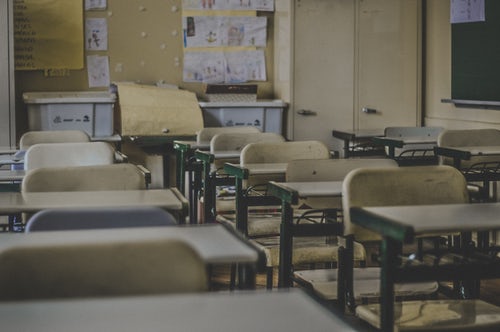 Can class size ever be countered anymore?

According to data published by the National Education Union (NEU) and recently conducted research findings of the Education Endowment Fund (EEF) based at University College, London, class sizes in all types of state schools are amongst the highest they have been since 1996. Unsurprisingly, they are also amongst the highest in the EU. Just over 12% of secondary schools are being taught in classes of over 30 pupils. The government dismisses the argument that class size has any negative effects on quality of teaching or educational outcomes, however, thus also dismissing the day-to-day experience of teachers themselves.

Class size, or the ratio of pupils to teachers, raises all sorts of issues. Not least of these is the health and safety standards in Science labs designed to accommodate experimental work in Chemistry, Biology, Physics and Design and Technology. Overcrowded teaching areas increase the risk of serious injury to pupils and teachers alike, particularly in situations where the teacher has to cope with difficult pupils.

Class size also impacts on the teacher’s personal interaction with pupils. Instead of personal attention given to each individual, the teacher is forced to resort to an out-of-date, less chalk-and-talk lesson, where individual work correction and group work becomes impractical. These old methods lose pupil’s attention fast, only serving to produce results such as boredom, resentment. For some it may even lay a path to expulsion. It is a profoundly dispiriting atmosphere to work in.

Overcrowding obviously reduces the time spent on productive work. Desks and chairs have to be rearranged before lessons can be brought to some kind of order, bags and coats have to be stored under desks – there are not usually not enough (if any) pegs to hang coats on. Time is lost when a lot of children have to do this all at once and it does not make for the safest, or most encouraging, environment to learn in.

All of this has a negative effect on progression from GCSE to A level. The most affected are inner-city schools and those living in deprived areas. None of this is “unforeseen consequence”. No costly research is needed to come to such conclusions. Parents, teachers and pupils alike all know it. Yet still the government flatly denies anything is wrong at all.

Class size is increasing at a time when schools when schools are having difficulty in recruiting and retaining staff, whilst also suffering from budget cuts. 94% of primary schools have lost over £250 per pupil, and 95% of secondary schools £340. There is little chance that the situation will materially improve in the short or medium term. Government departments are distracted by their lack of preparation for Brexit, to say nothing of the damage being done whilst the austerity policies work their way through society. There remain few opportunities for extra cash to make any real difference – schools are competing with the NHS, the police and all the other social services.

Michael Gove has recently called for an end to the charitable status held by private and public schools, the sector which along with grammar schools produces a very high percentage of our linguists, scientists and government officials. More and more parents are removing children from mainstream education – at least because of the overcrowding in local schools. The minister’s case for the creation of a level playing field is unlikely to be attained in a climate of such resource imbalance.

Our society, and in particular the generation entering the workforce within the next five years, can look forward to few opportunities for social mobility. Too many will leave school ill-equipped to face the challenges of rapid social and technological change.

Terry Jones taught History to adult students taking Foundation courses at a College of Higher Education prior to their entry into full-time degree courses at Warwick and Coventry Universities. Since taking early retirement, he has travelled widely in Eastern Europe, pursuing a life-long interest in 19th and early 20th century European history. He has been a GCSE and "A" level tutor with OOL since 1996.