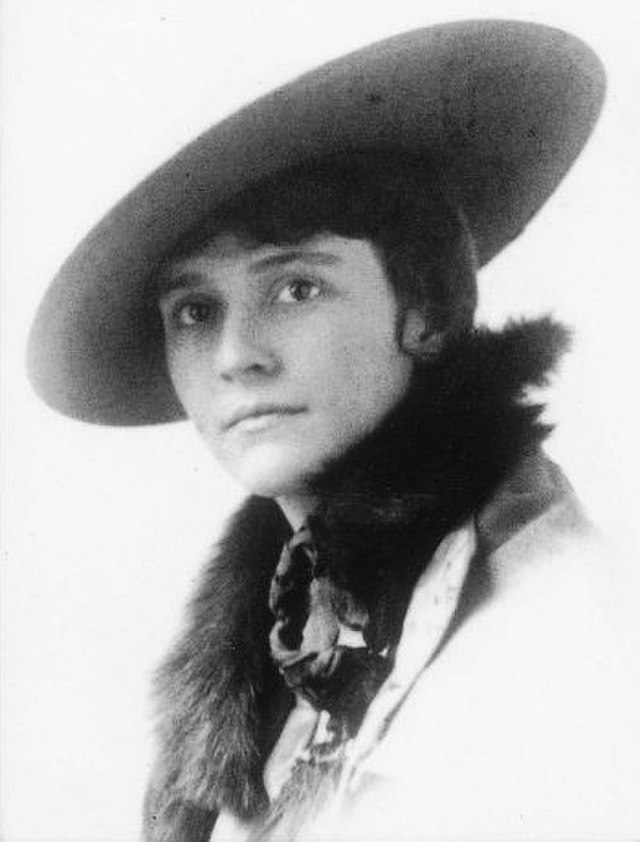 The world of literature is populated by weird and wonderful characters, from Lewis Carroll’s Mad Hatter (Alice In Wonderland) to Antony Burgess’ Alex (A Clockwork Orange). You might recognise the five characters below from some of the world’s most famous works of literature, but it turns out they are based on real people – proving that fact can, indeed, be stranger than fiction.

One of literature’s greatest detectives, Sherlock Holmes, was based on Sir Arthur Conan Doyle’s medical school professor, Dr. Joseph Bell. Before finding fame as a well-known author, Doyle studied medicine at the University of Edinburgh, later becoming a qualified physician. In his spare time, Doyle wrote fiction. It was in his first book, A Study In Scarlet, published in 1887, that Mr. Holmes first made an appearance.

Tellingly, Doyle was awed by Bell’s ability to diagnose patients just by observing their appearance and mannerisms. In a letter written to Bell in 1892, Doyle confirmed the connection:
‘It is most certainly to you that I owe Sherlock Holmes and though in the stories I have the advantage of being able to place him in all sorts of dramatic positions, I do not think that his analytical work is in the least an exaggeration of some effects which I have seen you produce in the outpatient ward.’

Charles Baker – nicknamed Dill – is the diminutive best friend of Jem and Scout in Harper Lee’s Pulitzer prize-winning, To Kill A Mockingbird. Harper Lee based Dill, who has a razor-sharp mind, on fellow author and friend, Truman Capote. Capote penned Breakfast At Tiffany’s and the fact-based thriller In Cold Blood. Lee and Capote were neighbours in Monroeville, Alabama, and met at the age of just five. They soon bonded over their love of reading and passion for writing, frequently sharing stories. Although Lee always avoided drawing parallels between real people and her literary creations, Capote appeared to confirm that Dill is based on him in a later interview:

‘Mr. and Mrs. Lee, Harper Lee’s mother and father, lived very nearby. She was my best friend. Did you ever read her book, To Kill a Mockingbird? I’m a character in that book, which takes place in the same small town in Alabama where we lived. Her father was a lawyer, and she and I used to go to trials all the time as children. We went to the trials instead of going to the movies.’
Unfortunately, literary rivalry and Capote’s jealousy over Lee’s commercial success tore these two apart, ending one of the most prominent literary friendships ever known.

Ginevra King (pictured), a young American socialite and heiress, first met F. Scott Fitzgerald in Minnesota in 1915. At the time, Fitzgerald was attending Princeton, whilst King was at a nearby boarding school. Their relationship developed over a series of letters exchanged over two years. Fitzgerald was soon besotted, but King didn’t return his feelings and broke off their relationship in 1917.

Despite Fitzgerald going on to marry another socialite, Zelda Sayre, King remained a life-long muse for him. She purportedly inspired the character of Daisy Buchanan, the enigmatic debutante who becomes the subject of Gatsby’s devotion in The Great Gatsby (1925). King is also thought to have inspired Isabella Borges, Amory Blaine’s love, in another of his novels, This Side of Paradise (1920).

Bram Stoker’s masterpiece, Dracula (1879) can only be found in your local book shop’s fiction section. But it turns out that Van Helsing, the Dutch physician and polymath, could be based on an 18th-century pastor, Georg Andreas Helwing. Helwing, also a physician, had set out to investigate reports of ‘vampire attacks’ in Masuria, Poland. However, according to Polish journalist Adam Weglowski, unlike Van Helsing, Helwing was not a vampire hunter, but rather the opposite. After hearing about how people had been decapitating suspected vampires in his hometown of Harsz, Helwing used his scientific background to try and disprove the existence of vampires and help the individuals who were under attack to prove their innocence.

Toni Morrison’s Beloved (1987) tells the story of Sethe, a devoted mother, who kills her two-year-old daughter to prevent her from being forced into slavery.

As well as being a moving meditation on the devastation wrought by the slave trade, Sethe’s story is sadly a true one. Morrison based Sethe on a black slave named Margaret Garner, who fled from a Kentucky plantation in 1856, alongside her husband and children. Their escape was short-lived. Once the family’s slaveholder discovered them in Ohio, Margaret made the heart-breaking decision to kill her young daughter rather than see her face the same fate Margaret had endured.