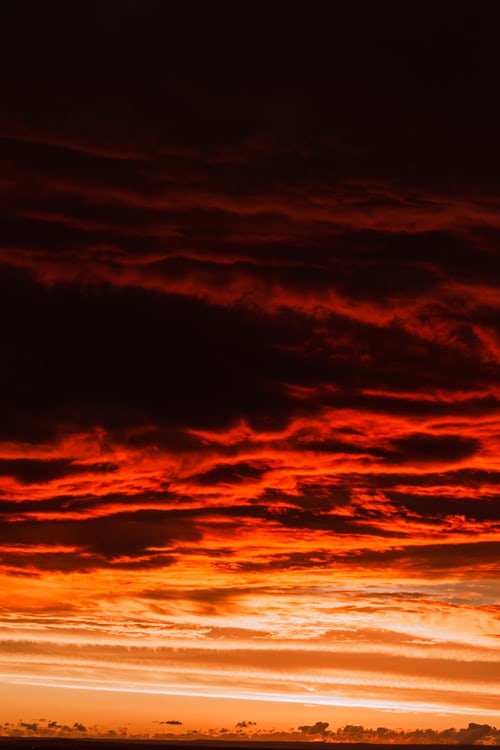 Climate Change: Is it too late?

On 24th September, 2018, Sir James Bevan, Chief Executive of the UK Environment Agency Royal Society of Arts, gave a speech laying out the consequences of climate change. Bevan also suggested some measures that can be taken to help slow it down. Pointedly, he decided to open by summarising everything he was going to say in three short, thought-provoking statements:

“Climate change is the biggest threat we face.
“If we don’t tackle it the consequences are grim.
“We can tackle it and we are. The three most important things we can do are to stop the activities that cause it; enhance our resilience to its effects; and talk about it.”

In other words, the time has passed for us to debate whether Global Warming or Climate Change is really happening. We need to accept that it is, and do something about it. Now.

Here we are however, ten months after that speech was delivered to Parliament, and very little is actually being done. In a world where we are worried about Brexit, the state of the American Presidency, threats from North Korea and the unrest in the Middle East, it is not surprising that many people have other things on their minds. Yet, if the environmental situation is not resolved soon, those issues are going to become minor irritations compared to the frequent natural disasters that will result. Indeed, as the rich Western nations begin to experience such problems, it should be noted that poorer nations on other  continents have been suffering the symptoms to a worse extent for some time now. Some south Pacific island nations will disappear as the sea levels rise.

As Adam Boulton, editor of Sky News, reported in February this year, “Most important for all of us is simply recognising that it is happening, so that we can try and find protective measures.” Continuing to report about the extreme sunshine in the UK this February, where we experienced the highest winter-time temperatures ever recorded (up to, and occasionally exceeding, 20 degrees), Mr Boulton explained, “In statistical terms it was “an extreme weather event” veering significantly from what is normal at this time of year. Extreme weather events – hot and cold, wet and dry – are becoming more and more frequent all around the world. To the point that expecting them to happen has become the “new normal”. That means more floods, more forest fires, more severe storms, more droughts.”

Evolution has always provided the world with a certain amount of natural climate change. Ice Ages and periods of increased warmth are well documented throughout history. These episodes always take a long time to develop and to ebb away. Consequently, the environment adapts around them. Man-made climate change is a far more serious matter. Not just because it is happening too quickly for the natural world to adapt to, either. It is also because it is speeding up year by year, getting faster with each decade that passes. The greenhouse gas emissions the world is producing from its mass energy production are particularly damaging. They have increased temperatures, altered weather patterns and sent sea levels rising.

The Politics of Protecting the Environment

Spurred on by the 16 year old climate activist from Sweden, Greta Thunberg, many school children across the UK went on strike on 15th February 2019. On that day they protested against the lack of government efforts to do something about climate change- something which will affect them far more than the current inhabitants of Downing Street or The White House. Sadly, unlike Greta’s incredible speech to the UN, which roused many into action- and shamed more into at least thinking about acting- the children of Britain were told off by the Prime Minster. Apparently they were supposed to protest only in their free time. I can’t help wondering if, had those same children had simply played truant on that day, if anyone in government would have noticed?

Neither is our government anywhere near on track to meet the environmental protection targets they have set themselves.

Is it too late for us to make a difference to the growth of global warming? More and more documentaries show us the disastrous loss of both the ice caps and the rainforests. Yet both mankind’s greed and desire to survive continue to combine to produce planet threatening consequences.

On 12th-14th May, the Global Landscapes Forum in Kyoto, Japan, held a conference entitled “Climate, Landscapes and Lifestyles: It is Not Too Late”, which focused on making this commitment a reality. Speaking at the event, Robert Nasi, director general of the Center for International Forestry Research said, “What you read in the news is that we have about twenty years to change before something irreversible happens.” With this statement firmly at the forefront of the delegate’s minds, the Mayor of Kyoto Daisaku Kadokawa, announced that the city of Kyoto will have zero emissions by 2050. Only time will tell if this is leaving it too late. If Kyoto are the only are to carry out this promise, then it will be.
So, what is the stark reality that faces us?

Scientists across the globe agree that, the best case scenario for climate change, is a 2C (36F) rise in temperature across the remaining twenty-first century. This will mean that approximately 400 million more people won’t have enough water. The worst case scenarios is that the temperature will rise to 4C (39F). This will lead to the death of millions of people from disease and large parts of the Earth’s surface will flood, including much of the UK.

The most powerful leaders of today would of course be gone by the time the global population experienced such final, apocalyptic environmental changes. Perhaps that is part of the reason why they continue to do so little. It will be future generations, and those in less affluent circumstances, who are left to suffer most.

The time to act is not in ten years or even in two. It’s now – and some things are finally happening. Plastics are being slowly weeded out of supermarkets; electric cars are becoming more recognisable as feasible modes of transport, renewable energy, such as wind and tidal turbines are becoming more visible, as are solar panels.

Twelve years after former vice president Al Gore produced his Oscar-winning documentary An Inconvenient Truth concerning the state of our planet, things have not got better. As Sir David Attenborough so forcibly stated, “Right now, we are facing a man-made disaster of global scale. Our greatest threat in thousands of years. Climate change. If we don’t take action, the collapse of our civilisations and the extinction of much of the natural world is on the horizon.”

What can you do? Think about what you buy- how much packaging is it in? Can you reuse or recycle that packaging? Only buy food you’re going to eat, waste less, and recycle everything you can. Do you need to use the car, or can you walk to work? These are small steps – but if we all took them, then they’d soon turn into giant strides.

Today in Oxford we have another heatwave. The temperature is 35 Celsius and across the country hottest temperature records are set to be broken.

Mastering Mindfulness: The Eye of the Storm
Resilience and Learning Perspectives