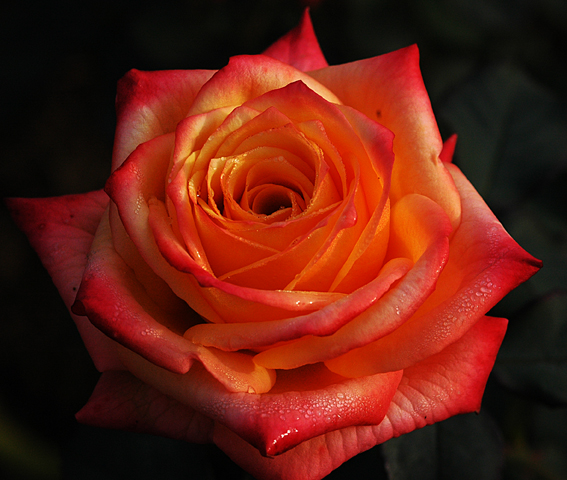 Valentine’s Day is fast approaching, and it’s often said that the greetings card company Hallmark invented the celebration in a ploy to sell cards. But is this really true? And if not, why do we celebrate romance on the 14th of February and who was Saint Valentine?

Saint Valentine was a real person. In fact, because Valentinus was a popular name between 200 and 800AD many martyrs shared this name, and the list of recognised saints contains around a dozen Valentines. The Valentine we celebrate on the 14th of February was likely to have been a Roman priest who was beheaded near Rome in 270AD by the emperor Claudius II during the persecution of Christians at the time. Another account suggests that he was a bishop of Terni who was also martyred by Claudius II on the outskirts of Rome. Whether these two men were, in fact, the same man or different people became an issue of contention, and the Catholic church discontinued veneration of him in 1969, though his name still features on the list of officially recognised saints.

As well as being known as the patron saint of engaged couples and happy marriages, for he was known to have helped many couples to secretly marry so that the husbands would be spared from war, Saint Valentine is also the saint of beekeepers, epilepsy, the plague, fainting and travelling. Since the 6th century BC, Roman citizens had celebrated the pagan festival of Lupercalia in mid-February. Along with fertility rites, animal sacrifice, and the coupling of men and women by lottery, the festival involved young unmarried men chasing and whipping young women as it was believed that this would increase fertility. The violent and somewhat perverted nature of the festival led Pope Gelasius I to ban Lupercalia, replacing it with the official feast day of St. Valentine in 496AD.

Across the centuries, whilst many Christian followers did pay tribute to Saint Valentine on the 14th of February, there was no actual record of romantic celebrations on the specific date, until a poem by Geoffrey Chaucer, written around 1375. The poem, titled Parliament of Foules, refers to the 14th of February as the day that coupling and mating occurs – “For this was sent on Seynt Valentyne’s day Whan every foul cometh ther to choose his mate” – and since then, numerous artists have referred to links between romance and Saint Valentine’s Day. Shakespeare made one such reference in Hamlet in 1609 when he wrote – “Tomorrow is Saint Valentine’s Day All in the morning betime. And I a maid at your window To be your Valentine Then up he rose, and donned his clothes And dupped the chamber door Let in the maid that out a maid Never departed more” – (as spoken by Ophelia).

There are records of lovers exchanging formal messages of affection since the 1500s and by the 18th century, commercially printed cards were available to purchase. Last year, we Brits spent £926 million on celebrating Valentine’s Day, purchasing around 140 million Valentine’s cards. And so, whilst Hallmark didn’t invent the occasion, greetings card companies certainly profit from this age-old celebration.