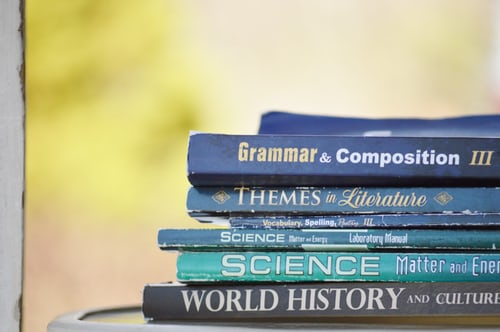 There are many educational institutions out there, and they’re all regularly examined. These intricate inspections aim to assess things like how well staff do their jobs and how well students perform. Further consideration is also paid to the strength of services, school expenditure, health and safety, and for universities, the quality of research produced by faculty. All these things are the building blocks of a solid reputation.

Once schools and universities alike have been marked and ranked, it’s all published online. For universities, most people refer to The Complete University Guide when browsing these results. For schools, parents compare on Gov.UK, determined to find the best placement for their kids. But does it all really matter?

It’s a fact that some people who attended a low-ranking university or poorly performing school have still gone on to gain the grades they wanted and succeed in life, despite the odds being stacked against them. However, there are also instances of people attending the elite Russell Group institutions or a private school who have squandered their potential. Many of them also misbehave exponentially and, frankly, waste their time in these supposedly superior settings.

Of course, it would be wrong to suggest that league tables don’t matter at all. They’re more indicators of where the best kind of education is available, and it’s down to the individual to utilise that. League tables certainly aren’t everything on their own, so it’s important not to put too much stock in them. Better schools come with advantages, but if they aren’t fully taken advantage of, students and pupils may as well take their education elsewhere. It’s not enough to get in and sit idly on the victory – the real work begins after enrolment!

Institutions are ranked as a whole, but they can also be ranked separately based on specific subjects and departments too. For example, a high-ranking university may rank somewhere in the mid-range for the course you want to enrol on, so it’s also a good idea to do some investigating on the individual metrics that matter to you. Schools can perform well across the board except in one area, which could well be its Achilles heel and the deal-breaker for you.

Therefore, you can’t assume that a high-ranking institution is everything in and of itself. Different universities have different subject strengths, and very few of them offer top-tier education across the board. Some may not even offer your preferred course at all. Dig a little deeper, do your own independent research, and look beyond the broad strokes of a league table – you’ll be much better off. If it matters to you, still consider it, but again it’s not the sole thing that should be influencing all your decision-making when choosing schools.

Student satisfaction and feedback should also be studied and compared. Not everyone has a good time at the elite institutions. Journalist Jenna Hawkey wrote a piece on Oxford in August 2018, citing that she was greatly “intimidated by the cultural divide” and that even though she got in, she still struggled academically with all the reading materials and essay writing. Put simply, what can be viewed as a dream come true can quickly turn into a hellish nightmare, as Hawkey soon learnt!

This is not to say Oxford University is awful, nor that Hawkey is out of her depth. It just means that having a good, healthy time in education isn’t solely about how good the school is on paper, but also about a range of experiences; social dynamics, power politics, comfort and familiarity, etc. There’s a lot of factors in play as to whether an institution is good for you or not, and not all of them are found on a league table.

For schools, parents often move homes if it means getting their kids the best education possible. Of course, if there are good schools in an area, the homes there are often more expensive, the community better educated, and perhaps there’s fewer social negatives, too, such as lower crime rates. Generally speaking, a good school can equate to a good lifestyle for families both inside the gates and out.

If these kinds of things matter greatly to you, then perhaps investigating which schools are best really is important. However, it’s worth noting that if the pupils work hard regardless of what setting they’re in, anything is possible. Here though, things can be more about lifestyle choices than academic attainment, so it’s important to keep those things in mind. A school that’s got a reputation for drug use or foul play, or a local area that has, for example, should probably be avoided.

In the end, league tables can be important, but they certainly shouldn’t be the extent of your research when seeing where you or your kids should study. Look at reviews, gather recommendations, view subject metrics and conduct a wider breadth of research. Only then can you confidently make a well-informed decision on where you or your children can learn!