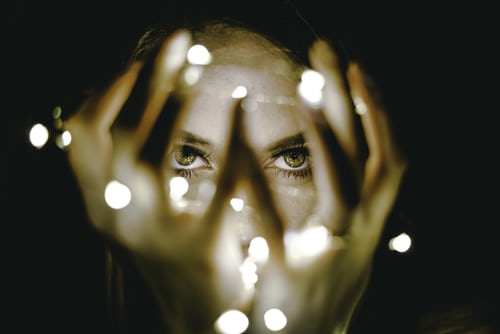 Dystopian Distractions: For When You Need to Read About a World Worse Than Your Own

Are we living in a dystopian universe? Maybe. Something about the ubiquity of email
surveillance, deep-fake videos and uncontrolled rainforest fires is causing people to say
that, yes, the world we live in now is as perplexing and corrupt as anything written by
Orwell in the 1940s.

So what better time to escape the ludicrousness of real life than by diving into an alternate
reality? Reading is true escapism, and you can mentally check out of current affairs by
diving into some of literature’s best dystopian fiction.

If you love the bitesize precision of a great short story, start your dystopian journey with
‘The Lottery’ by Shirley Jackson. It’s a timeless gem, not a word out of place, with a killer
twist. You can find it in The Lottery and Other Stories, or you can read it for free online (There is a Link at the conclusion of this article.)

For something a little more sci-fi in nature, dip into some short stories by the king of
character voices, George Saunders. Start with ‘Escape from Spiderhead’, in Saunders’
collection, Tenth of December (Also available to read online for free from The New Yorker newspaper.)

The Day of the Triffids

When it comes to dystopian novels, you can’t miss The Day of the Triffids by John
Wyndham. It’s an effortless page-turner which will have you hooked from the opening
sentence. Here’s the set-up that has inspired so many versions and spin-offs in its wake:
the protagonist awakens in hospital. He removes the bandages from his eyes (which had
fortunately remained covered while the rest of the world watched a blinding green meteor
shower). While most people are left with no vision at all, the triffids — mobile, flesh-eating
plants — have landed on earth. Ooh, it’s a bit of a pickle!

Considered one of the greatest novels of all time, Aldous Huxley’s Brave New World is set
in a darkly futuristic society where human life is farmed and controlled under perfect
clinical governance. Read it and shudder that, as fantastical as it all seems, it could well
fit somewhere on our current trajectory.

If you prefer your dystopia with a dash of politics (as opposed to science fiction), you
can’t do better than The Handmaid’s Tale by Margaret Atwood. Having recently enjoyed a
resurgence in popularity thanks to a televised drama, this novel is a terrifying imagining of
the way women can be used as commodities in a patriarchal society. A feminist classic
with a gripping plot, you’ll find yourself sucked into the world of the handmaids within
minutes.

Oh, but you don’t think we had forgotten about the big one, do you? Nineteen Eighty-
Four (or 1984) by George Orwell is perhaps the best-known of all dystopian novels, and
also has a political bent. Seventy years after publication, it’s so on-the-nose that the title
has become synonymous with the criticism of pervasive technology and government
interference.

Most of these books are ideal for readers aged 15 or older, due to their darker themes.
But for readers of 13 and up who want to try out some dystopian fiction (without the
harrowing details of Franz Kafka’s ‘The Trial’, for example), there are some excellent
books to be found in the young adult section.

Teen readers highly rate titles such as Noughts and Crosses by Malorie Blackman, The
Knife of Never Letting Go by Patrick Ness, and The Hunger Games by Suzanne Collins.
Yes, it’s a bleak world out there, but forewarned is forearmed. And after reading these
dystopian classics, you’ll know exactly what to do when carnivorous plants walk the
earth.

Shirley Jackson’s The Lottery can be read by following the link below.

George Saunders’ Escape from Spiderhead can be read by following the link below.

Should Ofsted be Abolished?
The Growth of Homeschooling in the UK