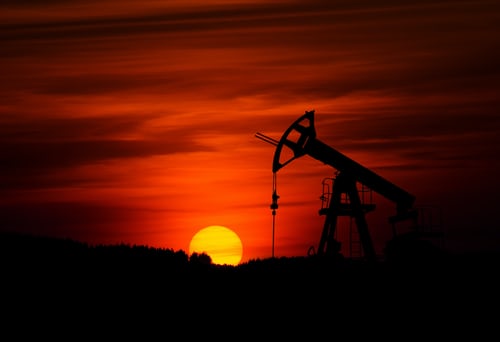 Fossil Fuels: What Happens When They Run Out?

It’s On The Horizon

Whilst fossil fuels formed millions of years ago, mankind has been making use of them for just over 200 years and the rate at which we have consumed oil, coal and gas is hugely problematic, and potentially catastrophic. According to data from the BP Statistical Review 2020, oil accounted for 33% of all energy generated globally whilst coal and natural gas represented 27% and 24% respectively. The high demand we place on these non-renewable resources cannot last forever and if we continue to consume these energy sources at current levels the date at which they will “run out” is worryingly close. A study at Stanford University suggests that oil will run out by 2052, gas and coal by 2060. But these figures do not consider the increased demand that is likely to occur from increased global GDP and population growth.

Of course, there are alternatives. Renewable energy sources such as wind and solar power, together with hydroelectric power are now generating increasing amounts of global energy each year – a total of 11% in 2020 – but, at least currently, these sources of energy are expensive and produce smaller amounts of energy compared to the fossil fuels which we are used to. Nuclear energy is another, cheaper and more efficient, alternative but globally we would need to build up to 5000 new nuclear power stations at a cost of nearly $25 trillion to cope with current energy demand, a cost that most countries cannot afford. Of course, it is highly likely that new reserves of oil, gas and coal will be discovered but it will prove increasingly difficult, costly, and environmentally destructive to access them. Hydraulic fracking, for example, is a relatively new technology to extract previously inaccessible stores of natural gas but the damage to the environment this causes, on top of the vast amount of water the process requires, has made fracking an incredibly contentious issue.

The impact of burning fossil fuels is well known and so the use of renewable energy sources, such as wind and solar power, might seem like a simple solution but, in practice, they may fail to meet all our energy needs. Let’s think about global transportation as an example – because transport currently accounts for 94% of all oil use. Domestically, car users and public transport systems could easily switch to electric methods but the same cannot be said of the huge container ships which transport most goods around the planet. Without the import and export of food and goods, the economy would grind to a halt, the cost of living would rise, and most countries would experience food shortages, potentially leading to starvation.

Clearly, we need to change our approach to both energy production and consumption if we are to maintain life as we know it in a sustainable way. But perhaps this isn’t even possible. The limited amounts of energy we may have access to in the future may force mankind to adopt a new way of life which does not rely so heavily on electricity and oil. Such a situation could see us return to a more pre-industrial way of life where all that we require to live will be produced within our local communities. Such an existence would certainly be more sustainable than the way we live now and would provide an opportunity for the planet to recover from the decades of intense damage we have inflicted upon it. Whether such a vision is realistic remains to be seen.

Making The Leap From GCSE To A-Levels
Non-Fiction: It’s All About The Little And Often