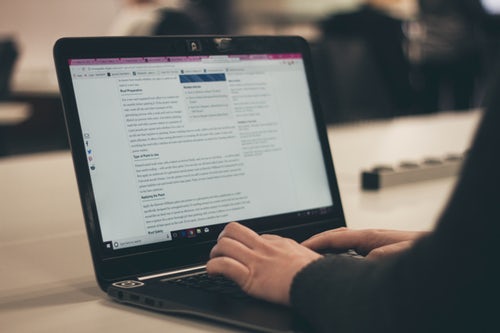 How Technology is advancing in Learning environments

Education is constantly evolving. Billed as one of the fastest growing tech markets in the UK,  our schools collectively spend more than £900 million a year on education technology, or edtech as it’s commonly dubbed. Neither does the sector show any sign of slowing down.

Curriculums change through the years, and with them the means of presenting their educational content to school pupils. We’ve already seen chalkboards exchanged for interactive whiteboards and projectors, and textbooks largely swapped out for laptops and computers. We’re all familiar with these developments, but ground-breaking progress continues to be made.

On October 16th, 2018, the BBC published a report on a parliamentary meeting that served as a landmark event for technology in education. Based at Middlesex University, a robot named Pepper sat down with MP’s to discuss the impact that robotics and artificial intelligence have had on education, and how things could move forward in the future. While all the questions and answers were predetermined, the main thrust of the conversation with Pepper was to encourage a blend of technology and human oversight, rather than replacing one with the other.

This merger focuses on viewing technology as something that is of service to teachers and pupils rather than something to be subservient to. An LSE study has already proven that banning smartphones in schools significantly improved results, but the question worth asking is; can technology be repurposed for education’s sake?

Though robotics and AI are being introduced to the learning environment, for now they largely handle the more administrative tasks in the schooling arena. For example, they’ll record test results or manage student data. That said, the robot Pepper facilitated duties in front line learning too, such as aiding special needs children with their numeracy development. Clearly, this edtech is all of enormous help to teachers, who have been notoriously overworked for years, resigning and even falling ill from the stress of their exploited roles.

An App called Kahoot! has also made waves amongst school pupils both in the UK and the US. It allows teachers to create their own digital games that their pupils can access through the app, enhancing their learning through a fun use of technology. The app had a recorded 50 million monthly users in June 2017, which shows just how quickly edtech can gain traction in popularity. Under teacher supervision, apps enable the learning experience to become exciting and interactive in a way that textbooks, unfortunately, can’t be.

To some degree, edtech allows children to have a more prominent hand in their education. It gives them greater agency in terms of not only what they learn, but how they learn it. Technology is something that young people are very familiar with, and that same familiarity can spur their engagement in the classroom. Edtech use means that learning becomes a less passive experience; pupils can now get involved using their screens, instead of listening to teachers monologue in ways they can’t fully comprehend.

The Different Ways People Learn
Can you spot the American spellings that are baffling UK adults?