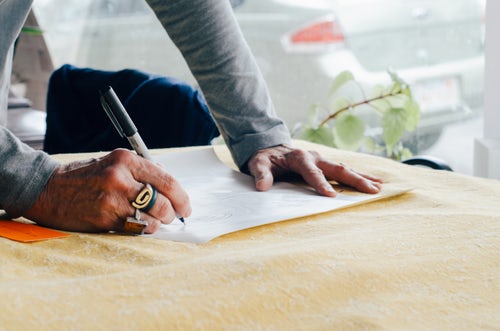 How to Cope When Repeating School Years

School has a very rigid structure. As pupils progress through the years, they work, learn and grow up together. Exams are tackled and most pupils pass a good number of them. Others underachieve in one or two of their papers and embark on an ordinary resit. However, for pupils who fail multiple key subjects, the consequences of missing the mark can be more severe.

It’s not uncommon for select pupils to repeat a school year if they, their parents and their institution think it’s the best course of action to take. This can be to ensure that they learn any material they may have missed due to things like illnesses that kept them out of school, or simply failed to grasp at the time under normal circumstances. There can also be entirely unforeseeable cases. A Staffordshire school recently folded midway through the academic year, leaving many GCSE and A Level students daunted at the prospect of having to repeat. Reasons, then, can be varied and plentiful.

For some schools, the prospect of holding pupils back a year is also wrongfully used as a deterrent to make them behave if they’re frequently working mischief. Obviously, there’s a clear line here between right and wrong. In the most effective cases of repeating years, the decision has been made to help the child, not to chastise them. If they can understand that this setback is an opportunity and not a punishment, the chances are more positive results will come out of the arrangement. It’s not about smart or stupid, good or bad, pass or fail – it’s just about affording young people more time to reach their true potential. That perspective should be at the core of the process.

Obviously, there’s an onslaught of social implications to tackle here too. The child might feel out of sync with their new school year and possibly unable to pursue some extracurricular activities. However, there is plenty of opportunity for social stimulation and hobbies outside of school. They can join local clubs, volunteer in the community, and have a series of things to do that allows them to interact with people their own age. You would hope that their friends will still be willing to spend time with them, too. It’s important they maintain their existing relationships, even if they’re no longer sharing classrooms with their pals. School is important, but it certainly isn’t the one and only key to happiness.

When a year is repeated, thoughts of ‘wasted time’ can also start to crop up. However, this is clearly a falsehood. ‘The year that was lost’ can instead be viewed as a learning curve. What went wrong? Why did things end up this way? More importantly, can it make the pupil stronger as an individual? The answer to the latter question is undoubtedly yes.

Everyone experiences setbacks in life. As far as setbacks go, though, having to repeat a school year is a relatively minor one. Compare it to mounting debts, unpayable rent, and other problems adult  life can throw at you, and you should agree. The earliest setbacks are best, because then people have more time to learn and develop from their experiences. A sense of perspective is certainly needed to pull through.

Ultimately, there’s no shame in repeating a school year. In 2017, there was even talk of allowing the parents of summer born children to enrol their kids a year later in either a reception or Year One class. Children born in August were also 50% more likely to be labelled as having special needs, due to understandably being behind their September born peers in terms of cognitive development. So even something as simple as when pupils were born can muddle matters. In the end, everyone learns at their own pace, and that is something that should never be discouraged.

The BBC have an article on the subject at the following address if you would like to read further on the subject:  https://www.bbc.co.uk/news/uk-england-stoke-staffordshire-48776364

Resilience and Learning Perspectives
Helen Keller Quotes to Inspire Everyone