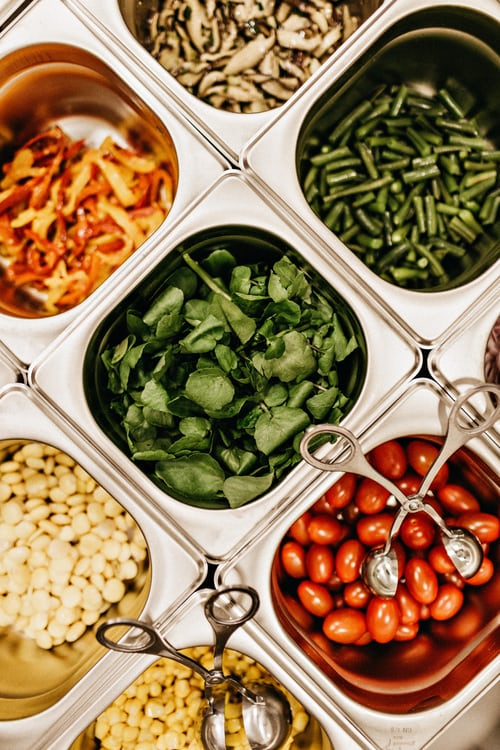 Who’d have thought that it’s almost 15 years since Jamie Oliver first waged war against fried food, sugary drinks and the infamous Turkey Twizzlers of the school dining hall? At the time, the 2005 government listened to Oliver’s crusade: they gave funding, the Children’s Food Trust was established, soft drinks were taken off the menu, and fried food was only permitted twice a week. Research carried out by Essex University concluded that the new, healthier offerings even improved students’ attainment in exams. But funding came to a halt and The Children’s Food Trust was closed in 2017. So what does this mean for school dinners now? Here’s what’s cooking in 2019…

The Beige Areas of the Law

Today, English state schools are “encouraged” to “provide healthy, tasty and nutritious food and drink”. However, a 2013 study found too many schools offering “bland, boring and beige” lunches, and many parents complain that this is still the case. So, which side is right? How can bland be tasty, and beige be nutritious?

In 2015, the government introduced ‘mandatory’ School Food Standards. When adhered to, they ban confectionery, limit pastry and batter, and prohibit squash with more than 5% added sugar. Schools must offer “one or more portions of vegetables or salad as an accompaniment every day”, with a minimum of three different veggies across the week. However, school governors are responsible for implementing the School Food Standards, and without local authority or Ofsted enforcement, in reality, compliance varies between schools.

Some might also argue that the guidance doesn’t go far enough: it allows for plain drudgery, such as a daily portion of peas, with maybe carrots and sweetcorn thrown in on a Friday – and only as optional accompaniments, rather than integrated into a main meal. Of course, some primary-aged children can be picky with food, but limiting options is unlikely to broaden their horizons. And while harmful fried and sugary food has indeed been reduced, there’s certainly room for more mangoes and mung beans on the menu. Plus, although all four to six year old children in English schools are eligible for a free fruit snack during the day, “there is no statutory requirement for schools to participate in this scheme”. Perplexing.

How about secondary schools, then? Well, one teacher in West Sussex couldn’t praise their school canteen highly enough: daily salad bar, weekly vegetarian meals, much-loved roast dinner Wednesdays and celebratory theme-days where cooks dole out chili while wearing sombreros. A parent praised the fruit pots and the limit on weekly chips. Sounds brilliant! A London teacher commented that their school also has excellent lunch offerings (including chicken and veg hotpot, and falafel and beetroot wraps), but that teens regularly ignore the lunch, instead filling up on junk at their 11am break-time. The break menu is dominated by chicken wings, pizza, cheese toasties and hot dogs, with these same items available every day. That’s quite a loophole for eating pepperoni pizza five times a week without having to so much as a sniff of a sprout. The same teacher observed that kids buying breakfast at school overwhelmingly prefer to part with cash for a daily bacon roll rather than take the free porridge option.

Scottish schools face similar problems. On the one hand, many primary school menus cater for adventurous eaters, with a different main course every day (red pesto pasta with broccoli; Quorn curry; piri piri chicken and rice), but they also offer baked potatoes every day of the year. School food guidelines are changing in Scotland, though, with new rules for autumn 2020 introducing a cap on red meat and processed meat (due to nitrites), a ban on juice and smoothies (which are high in natural sugars), and “a minimum of two full portions of vegetables and a full portion of fruit” to be offered with every lunch.

Some important steps forward since 2005, then, but not the giant leaps Jamie might have hoped for. There may never be a perfect solution to the quandary of school lunches, but for many parents, putting a few extra veg on the menu would be hard to argue with.

Brainstorming For Brilliant Ideas
How Does Blogging Help Students?