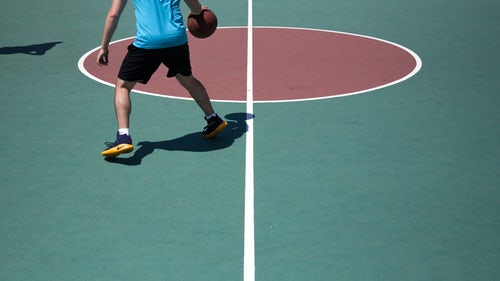 Physical Education Must Not Be Marginalised

Physical education, also commonly known as P.E, is a twice-weekly lesson that most school pupils are enrolled on. It involves learning gym techniques and participating in certain sports, developing children’s talents in a world that’s becoming increasingly lazy. It sounds simple enough, but often, this subject is rife with debate.

Depending on their talents, interests and confidence, kids have a broad spectrum of responses when it comes to doing P.E. Some are raring to go, others come up with any excuse they can think of to get out of participating. With these varying reactions in mind, it’s worth reminding ourselves; what is the importance of physical and sports education?

Obviously, health and fitness will always be important, and they’re the goals P.E is always striving for. However, there’s a growing fear of a squeeze on the subject, and most schools in Wales are already failing to provide two P.E lessons a week, despite obesity rates in children climbing. This growing concern is starting to become a concrete reality. Only in realising the importance of Physical Education can such statistics be halted and reversed.

There’s no shame in being a certain size, and it’s important that everyone is proud of who they are and celebrates themselves as they like. However, health and fitness are about more than this. Sitting around all day, whether it’s watching television or working, isn’t good for people. Getting out and about is key to maintaining both physical and mental health, and P.E sheds light on this increasingly forgotten slice of common sense. It doesn’t mean everyone needs to run marathons or become professional athletes. It just means some activity here and there is achieved. That’s what P.E is principally about!

Kids that do P.E. can also learn essential skills; C.P.R., communication and leadership skills, how to swim, health and safety guidelines on certain sporting premises, etc. When push comes to shove, it all comes down to personal wellbeing – something that should never be skipped over!

Unfortunately, when it comes to physicality and appearances, teenagers feel the pressure to look a certain way. These anxieties have been particularly bolstered today through the advent of the internet and social media. The world is full of bullies and judgemental types, and sadly, P.E can be the place where self-conscious kids feel particularly vulnerable in this regard.
It must be said that P.E is far from a perfect subject, and many girls in particular report a variety of problems; from feeling insecure when observed to experiencing intense dislike over the uniforms they’re told to wear. Boys also experience their fair share of bullying too, particularly if they’re perceived as being bad at sports. These are all valid issues to flag and address, but also makes P.E the perfect battleground in which real change can be made in empowering young people.

There’s also the case that the kids who perhaps aren’t as academically attuned as their peers have a chance to shine for a couple of hours a week. It’s been said that physical activity can boost academic performance too. Who knows; once their confidence is built up in this regard, they could pursue anything from representing their schools in competitions to developing their own sporting careers? Something great can build from here!

Of course, one of the ways to improve kids’ self-esteem is to remind them that often P.E is about fun, socialising and teamwork. Even if they’re not quite as talented as some of their peers, P.E has more opportunities for laughter and enjoyment than most other subjects. Often, classmates can talk, cheer and banter with one another freely without drawing the ire of their teachers. Some may even make new friends they wouldn’t otherwise have had.

One could say that this is one of the most important functions of P.E. It allows kids to connect and problem-solve together, to unwind from their more stressful subjects, or hard times at home. Bonding over shared goals as a unit is a far better way to help them build relationships. It’s also probably more favourable to most than enduring an awkward icebreaker activity in a classroom.

There’s more to life than solely playing to one’s own strengths. Just because kids might prefer their favourite hobbies or stronger subjects, it doesn’t mean that P.E is not worth doing! It’s okay for them to try and fail, and it’s even better to keep working at the things they struggle with in the hope of one day getting better and improving skills to some degree. There’s a real integrity in that effort that can be applied to other pursuits in later life!

Physical Education often involves grouping pupils based on their ability, especially when it comes to playing certain team-based sports. Unfortunately, many kids commonly perceive this as a ‘who’s good at sports/popular and who’s bad at sports/unpopular?’ scenario, but this needn’t be the case. Instead, it’s a chance to get involved in new experiences and stimulate the brain in different ways – not a competition on who kicks the ball the best! In other words, it’s about getting the best out of themselves!

There’s also the argument that kids can feel like more rounded people when they’ve got different things going on at school. In the end, though, there’s a boldness to stepping out of one’s comfort zone. Even if they never quite take to sporting activities, they can at least say that they got some exercise and given it a go. That positive mindset can take people incredibly far in life!

3 Things You Should Be Doing Now Exams Have Started
Setting Goals: The Pros and Cons