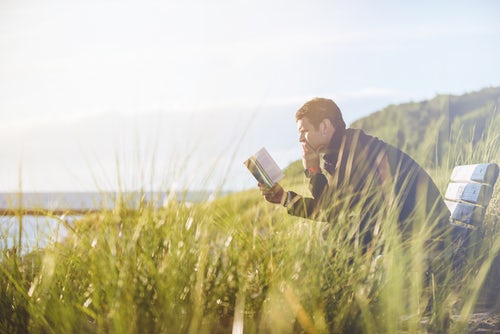 Students of English are regularly presented with examples of ‘good’ if not ‘great’ writing and asked to show their understanding of it by analysing the language and structural techniques used. They are also asked to write creatively: to produce texts which might narrate, describe, persuade, argue or inform. This writing can also be ‘good’ or even ‘great’, but students are often not able to explain why it is good. They will shrug shoulders and simply state that they have always been ‘good’ at writing. Similarly, those whose writing is less than good will be the polar opposite, declaring that they’ve always been a ‘bad’ at writer. In both cases, students’ writing would improve if they were more practiced in becoming conscious readers and writers. So, here are some ideas to do just that…

When reading, by all means look at the words a writer has used, but also consider the order they have put them in. Choose a sentence and see what is lost or gained simply by reordering the words. The conscious writer will have considered word order.

Highlight words or phrases that you like, that you think work for some reason. Don’t over think this – just select a few. Now see if you can find any connection between those words and phrases – maybe there’s a pattern or a repeated idea? This might just allow you to see how a conscious writer has brought cohesion to their writing – a consciously sewn thread which holds the writing together.

Try mimicking a writer. Slavishly. See how hard it is to craft evocative descriptions, to construct language in new and exciting ways. Don’t just analyse an iambic pentameter – try writing one. Or two. Or three. The end result doesn’t matter much, it’s the process that counts. And through that process, you will be becoming more conscious.

Strangely, another way to become more conscious is to restrict yourself. We’re always told that adjectives are describing words. So, try writing an imaginative description without using them! It is possible – and once you make the jump from the literal to the figurative, you’ll be flying. Restrictions can be very freeing sometimes!

How about bringing some rigour to your sentences too? Write down your mobile number. Replace any zeros with a number between one and 10. Now write a paragraph where the number of words in each sentence matches the number in your phone number. So, if your first number is 7, then your first sentence must contain seven words. And so on. It’s amazing how inventive you can be with your one-word sentences! And by doing so, you’ll learn the power of sentence structure.

So, you’ve got nothing to lose and everything to gain. Be creative, be playful. Be a better reader and a better writer. Be conscious.

Sarah Russell is an experienced Secondary School English Teacher. She has worked in a variety of roles, from classroom teacher to Key Stage Manager, to Head of Department. Sarah specialises at Advanced Level and is a firm believer in bringing more creativity into the classroom.