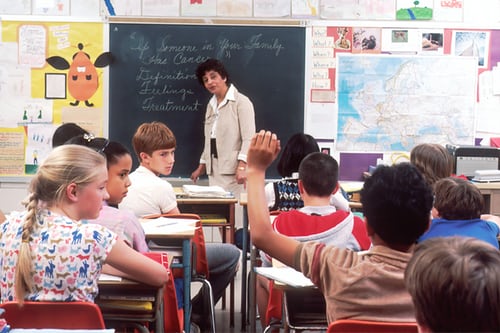 Should Ofsted be Abolished?

Schools are struggling. Slashed funds have caused them to bottleneck their curriculum, and teachers are bombarded with long working hours and insufficient pay. Of course, the children themselves have their own issues to contend with too, ranging from poor learning environments to mental health worries.

Still, we all want the best for our schools. However, public opinion starts to diverge greatly when it comes to how we maintain and improve places of learning. For example, there are many varied and conflicting ideas when it comes to Ofsted; the official body who assess the quality of our schools.

This all begs the question; are Ofsted fit for purpose? Are standards slacking? Should Ofsted be abolished, and is that outcome a real possibility?

During the last December election, one of the Labour Party’s proposed policies was indeed the abolishing of Ofsted. However, after losing that election, this is perhaps an indicator that there isn’t a real demand for Ofsted’s erasure. At the very least, it’s not something that’s at the top of most people’s agendas, otherwise more people would obviously have voted for it.

Of course, the Labour Party were also accused of making these remarks about Ofsted to mask their other problematic education policies. In any event, it’s clear that not everyone is on the same page as far as Ofsted is concerned. Was it all but a ruse to better the chances of winning a pivotal election, or is it legitimate to challenge Ofsted’s efficiency?

Headteachers know all the ins and outs of their schools. Nothing escapes their notice, and they have an acute awareness of all the intricacies that need to occur for their school to run properly. If Ofsted could support them properly, that would significantly push things in the right direction and to vastly improve schools across the nation.

However, relations between headteachers and Ofsted are shaky at best. Last October, numerous headteachers voiced their dissatisfaction with Ofsted, citing their ability to create environments of fear, anxiety and worry for teachers. A collaborative effort is the only viable way forward between the two parties, but as things stand now, there’s certainly friction. By this alone, it’s clear major reform is needed to produce more productive relationships between headteachers and Ofsted!

School staff aren’t the only ones to flag up their concerns. In 2018, parents were vocal about their own issues with Ofsted, stating that they do not get the proper assurances they need about the quality of education their children are receiving. It is of course unlikely that things have improved much in a mere 2 years, especially with the increasing pressures on school services and an ever-growing pupil intake.

Surprisingly, however, Ofsted offered pushback on this issue instead of taking the criticism aboard. At this time, Ofsted’s chief inspector Amanda Spielman countered that Ofsted was “offering excellent levels of assurance” for all, despite a drastically halved budget. Things aren’t quite adding up here, and it’s clear that there’s discontent on both sides of the curtain.

One of Ofsted’s (numerous) baffling procedures is to hold off on inspecting schools that have been dubbed ‘outstanding’ by a previous inspection. This means that parents don’t have updated records through which to compare schools in their area, and that the institutions themselves stagnate in what will eventually become severely out of date praise and assurances.

To highlight how seismic this issue is, last October it was reported that 1,010 ‘outstanding’ schools had not been inspected for a decade. 24 of those schools had not been inspected for more than 13 years. It’s worth remembering that standards always fluctuate and vary year on year. A school can change dramatically in a decade, so it’s important that Ofsted continually revisit each school to ensure that there’s a steady trajectory of success.

The Department of Education does plan to lift the controversial exemption of inspecting ‘outstanding’ schools. That said, it is staggering that this lack of oversight has been tolerated for so long. New technologies, laws, staff, and buildings will have been introduced to every school in the last ten years, which can certainly impact how efficient a school can be.

Complete abolition is likely not an appropriate response to Ofsted’s shortcomings, particularly when there’s isn’t a more efficient alternative body on stand-by to resume that role. Still, drastic change is certainly needed. As the teachers and parents scramble to adapt to an ever-evolving world of education, surely it can be expected that Ofsted would do the same?

Link to The Guardian’s opinion on this: https://www.theguardian.com/education/2019/oct/01/is-labour-right-to-want-ofsted-gone

Link to BBC article on Parents’ opinion of Ofsted: https://www.bbc.co.uk/news/education-45433653

Link to BBC article on aspects of Ofsted’s overconfidence: https://www.bbc.co.uk/news/uk-england-49579520

Your First Job: 10 Things You Should Know
Dystopian Distractions: For When You Need to Read About a World Worse Than Your Own