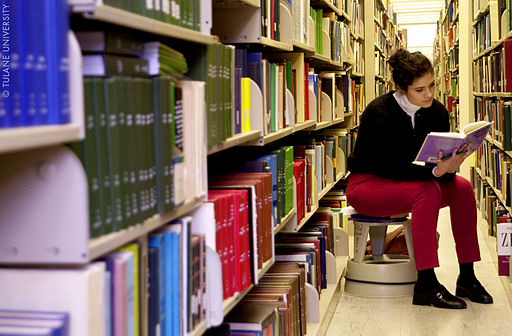 The Importance Of Sub-genres

It seems silly to suggest that something as broad as a genre must have a tiered system. After all, everyone knows what is meant by fantasy, right? What else is there to say on the matter? Well, an awful lot to tell you the truth!
There’s high fantasy and low fantasy, contemporary fantasy and ever so much more – and that’s just in the world of fantasy alone! You’ll find a whole range of sub-genres under any main genre. To be honest, it could give just about anyone a headache if they stopped to consider just how much of this stuff is out there.

Still, if you know exactly what you like, or even if you’re just keen to give something new a try, sub-genres are an absolute blessing! Here’s just three reasons why they are so important.

Sub-genres allow a reader or viewer to pinpoint more accurately what it is they want to read or watch. Moreover, they each come with their own motifs, tropes, and iconography. There’s so much to get to grips with that the possibilities are literally endless, and you can never run out of things to read, see and experience.

You may want to read something to do with history. However, if one day you want to avoid the grim realities and despair of real history, but still dabble in the past, reading alternate history could be just the thing for you. It’s fictional, so you have a healthy distance with this sub-genre but there’s also the enticing ‘what if’ nuance to such writing which can get you really immersed. In the end, more choice is better choice.

Sub-genres can also help you have more interesting conversations in the real world. Because you have that specifity in what you like, you’ll avoid broad and vague discussions about what books you read or films you watch. Instead, conversations will be richer, more detailed, and more enthusiastic, and you’ll find it easier to make friends who have the same interests!

If you’re someone who suffers from bouts of anxiety, or someone who is unsure of what to talk about in any conversation, more acutely defining the kinds of media and literature you’re into could help you. It gives people a better idea of what you’re about, and what interests you. Instead of saying you enjoy ‘comedies’, try being more specific; there’s standup, impressions, panel shows, sketches, etc. This same strategy can be applied to all sub-genres in literature and media, and they’re all cracking topics for a chat!

Frankly, it would be a catastrophe if every book stayed in one lane in terms of genre. To do so would be very limiting, and it’s always best for writers to give their stories a sprinkling of different ideas. This way, both the story and characters can breathe, and they’re also given greater depth in a fictional world that feels more three-dimensional.

For example, ask yourself; can you have a science fiction space exploration story without some element of dystopian or utopian sub-genre? The answer is not really, because if characters must escape their dying planet or venture off into space to explore new ones, there needs to be some explanation as to how they reached that point as a society. Where did the technology come from? How was it made? Why are they doing this? Thus, important sub-genres come into play, and their inclusion gives any narrative a bit more polish.

Of course, these days reading is falling out of favour with a lot of young people. It was reported earlier this year that just a quarter of under-18s are reading each day, which is, frankly, a dire situation. There’s only one way to hook people into their literature, and that’s to put in a myriad of enticing ideas per text!

If you think you’d rather just sit back and re-read your favourite piece of young adult fiction, that’s perfectly valid. However, what you may not have noticed is that, already, you’re juggling many different and exciting sub-genres!

Take The Hunger Games series by Suzanne Collins, for example. It’s YA fiction, with elements of dystopian fiction, science fiction, fantasy, and adventure throughout. A book can be many things, no matter what genre is taking centre stage. If you enjoyed books like The Hunger Games, then who says you won’t enjoy other literature that involves these kinds of sub-genres too?

Therefore, when incorporated properly, sub-genres can inspire you to engage with other stuff. It’s the same story in film and television, too. If you like Star Trek, one of their alternate history episodes could move you on to Doctor Who, and from an exciting Who episode where time is rewritten and the world is invaded, you could then try some YA dystopian fiction. In other words, everything you consume is an entry point for something else, thanks to sub-genres!

You likely knew of the existence of sub-genres already, but it’s important to appreciate their worth in full. If you feel put off and intimidated by the range of sub-genres out there, google those of your favourite book or film and browse other fiction that feature them too. It’s quite likely you’ll stumble on a story you always meant to try, but never got round to, or something new to enjoy anyway!