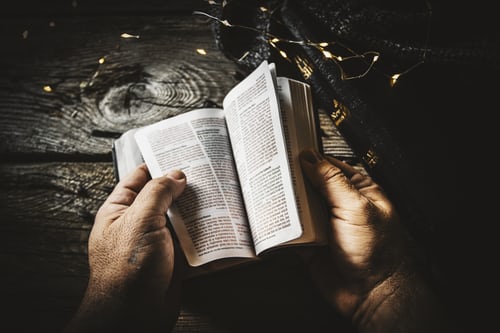 The Irresistible Power Of The Unreliable Narrator

From Wilkie Collins to Kazuo Ishiguro: What Is An Unreliable Narrator?

Authors ranging from Gillian Flynn (Gone Girl) to Daphne du Maurier (Rebecca) have utilised the literary device of unreliable narration. First coined by Wayne C. Booth in The Rhetoric of Fiction, Booth said: ‘I have called a narrator reliable when he speaks for or acts in accordance with the norms of the work (which is to say, the implied author’s norms), unreliable when he does not’ (158-59).

Of course, all narrators are unreliable to some extent. Time clouds memory, and science has even shown us that most people can conjure up false memories, even outside of the literary world. Yet, when it comes to the unreliable narrators we encounter in fiction, it’s often much more complicated than merely misremembering or conflating facts (though a narrator could be unreliable due to, for example, being insane or suffering from a condition such as post-traumatic stress disorder). Most commonly, unreliable narrators deliberately conceal information, seeking to ensnare the reader in their fantasy world.

But just because this is the most common form of unreliable narration doesn’t necessarily mean it’s the most effective. On the contrary, many authors who’ve used the technique most successfully have given it a unique twist. NB: Spoilers ahead for The Woman In White, Never Let Me Go and The Curious Incident of the Dog in the Night-Time.

Wilkie Collins, The Woman In White.

Wilkie Collins, often considered ‘the father of sensation fiction,’ is no stranger to unreliable narration. His Victorian classic, The Woman In White, tells the story of a young art tutor, Walter Hartright, who, whilst wandering through the streets of London, encounters a distressed, phantom-like woman, all dressed in white. Whilst Collins’ narrators are not deliberately unreliable, he does deploy a ‘framed narrative.’ Much like a court of law, in a framed narrative each of the notable characters takes it in turns to give their ‘version’ of the story – some use an epistolary format, whilst others speak to Walter directly. Despite Walter being a kind-hearted, moral character, we mustn’t forget that he is also an artist. As the narrator responsible for weaving together all the narratives – many of which are intended to be personal testimonies or spoken in confidence – we could argue that Walter is ultimately able to craft a version of the story that most aligns with his own beliefs.

Thirty-one-year-old Kathy H. is a carer. She spends her days driving up and down the country, caring for her patients and making them as comfortable as possible in the run-up to their ‘completion.’ With so many hours spent in her car, Kathy finds herself looking back to her childhood. She grew up in an idyllic boarding school, Hailsham, in the English countryside, alongside her close friends Ruth and Tommy. Much like Hartright, Kathy is not a traditional unreliable narrator. She’s surprisingly transparent about her tendency to misremember information, even admitting that Tommy and Ruth often recalled events differently to her.

Although Kathy does not deliberately conceal information from the reader, she guards her feelings closely – including her romantic feelings for fellow student Tommy – forcing us to piece together Hailsham’s terrible secret. Comprising what Claire Messud calls an ‘unerringly calm, even placid prose,’ Kathy refers to those she cares for as ‘donors,’ rather than ‘patients,’ the adults at Hailsham are ‘Guardians,’ not ‘teachers’ and donors ultimately ‘complete,’ rather than ‘die.’ By swathing Kathy’s language in euphemisms, Ishiguro ultimately highlights the fragility and instability of language when it comes to serving the truth. These euphemisms do not offer us solace or protection from reality. Instead, they gesture towards the dangerous consequences of de-humanising those who we consider ‘other.’

Mark Haddon, The Curious Incident of the Dog in the Night-Time

Christopher Boone, the fifteen-year-old narrator of Mark Haddon’s best-seller The Curious Incident of the Dog in the Night-Time, is on a mission to discover who murdered his neighbour’s dog, Wellington. Christopher, who has Asperger’s Syndrome (AS), is no ordinary narrator. Despite having a photographic memory and outstanding attention to detail, Christopher often struggles to understand other people’s emotions – as well as his own. When Christopher himself is accused of murdering Wellington, he sets out to find who is responsible for Wellington’s death. Whilst Christopher is not an ‘unreliable narrator’ according to Booth’s definition, his tendency to misinterpret events and miss the nuances of human emotion make him an imperfect one. For instance, when he discovers that his father, Ed Boone, is the one responsible for killing Wellington, Christopher’s logic follows that his father must therefore be a danger to himself.

Due to his unique view of the world, Christopher neglects to consider that his father’s reaction, whilst extreme, is an emotional response rather than a sign of inherent evil. Having grappled with his wife’s long-term infidelity and propelled by his desire to protect Christopher from knowledge of his mother’s betrayal, Ed Boone has engaged in an even more devastating deception. By telling Christopher that his mother had died, Ed is forced to live a lie himself, with his revenge affair with Mrs Shears acting as a constant reminder of what he has lost. Despite having an incredible ability to remember and observe details, Christopher’s understanding of the situation is confused by his limited capacity for interpreting the complexity of emotions. It’s Christopher’s innocence, above all, that makes his account unreliable. Although Christopher faces challenges throughout the novel, his gentle yet determined spirit sees him develop as a character, with Haddon’s novel ultimately celebrating the importance of neuro-diversity in a mostly neuro-typical world.

The Curious Incident of the Dog in the Night-Time opens with Christopher telling us, ‘This is a murder mystery novel.’ But, just as Christopher’s story is no typical murder-mystery, Haddon, Collins, and Ishiguro prove to us that ‘unreliable narrators’ can take many forms.