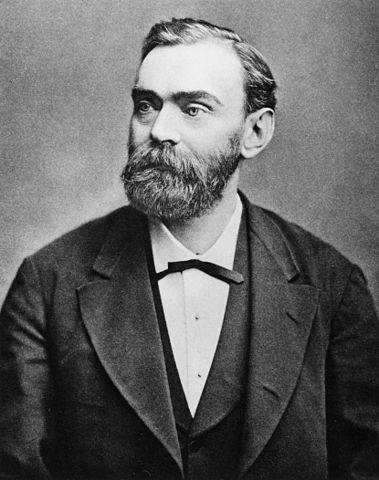 The Nobel Prize Foundation is a globally recognised organisation in its own right. It has celebrated candidates and laureates from nearly every country and focuses on a very broad range of human experience. You may want to know some more exact details about the Foundation, though, and how it came about. To answer your questions, here we take a look at the history of the Prize. In addition to this piece, there will be later posts on notable winners from past years.

In the cities of Stockholm, Sweden and Oslo, Norway, the 10th December marks an important occasion, one which resonates around the world for its notability and impact. On this day the Nobel Prizes are awarded to individuals in the service of the Arts, Science and Humanitarian Aid. The separate prizes for Physics, Chemistry, Medicine or Physiology, and Literature are all awarded in Sweden but possibly the most famous, the Nobel Peace Prize is awarded in its own ceremony in Oslo. Since 1969 an additional prize has been awarded at the Stockholm ceremony, the Sveriges Riksbank Prize in Economic Sciences in Memory of Alfred Nobel.

The Nobel Prizes were set up in 1901, and subsequently instituted, as part of the vast financial estate of Alfred Nobel, a wealthy Swedish chemist, engineer, philanthropist, and avid inventor. Nobel held 355 active patents at the time of his death, most notably that for the commercial use of nitroglycerine. Following conversations in his earlier life with the Italian chemist Ascanio Sobrero, who initially created the highly volatile liquid, Nobel spent years developing it into a viable commercial product and then marketing it into the most famous form of all, ‘dynamite’.

The word ‘laureate’ rather than winner is ascribed to those given the Prizes, following the Ancient Greek tradition of honouring dignitaries with laurel leaf crowns, and is also in recognition of the Prizes being freely given to the recipient rather than being part of a competition or lottery. Since the Prizes’ inception it has occurred annually, with a few exceptions, during the First and Second World Wars. During its history there have also been 4 notable occasions when particular laureates have been forced, by political powers, to decline their Prize.

Whilst it is more common for an individual to receive a Nobel Prize, it is not unheard of for organisations to receive the accolade. The International Committee of the Red Cross has won the Peace Prize 3 times. In total, between 1901 and 2019, 923 discreet laureates and 27 organisations received awards.

The Nobel Prizes can, unsurprisingly, be hotbeds of controversy. Mahatma Gandhi was nominated for the Nobel Peace Prize 5 times but never received it, a source of incredulity and sadness to many. More recently, as a result of the political situation in Myanmar and the genocide of the Rohinghe people in the country, there have been calls for the Nobel Peace Prize received by political activist and now Myanmar’s political leader, Aung San Sui Ki to be revoked. According to the Nobel Committee both of these situations, and many more, cannot be rectified. The Prizes cannot be given posthumously and cannot be taken back once freely given.

Over the past century the name of Nobel and his desire to recognise the very best in people’s intention to support and better humanity in whatever way resonates for them, has developed to a level of approbation outside its own bubble. To receive a Prize not only confers elevated standing on the beneficiary far beyond the monetary sum they received, it is an indication from their peers that they have achieved great things.

The Nobel Prizes are recognised by humanity as a whole, as a signal that this individual or institution has achieved well beyond the norm, and that whilst they may ‘stand on the shoulders of giants’, their head and shoulders are grazing the edge of the stars and projecting the whole world in a globally recognised, positive direction. To accept a Nobel Prize is to be seen as part of an elite group of people who have done extraordinary things to ensure that humanity, both specifically and generally, is progressing socially, scientifically, and artistically, and that justice and humanitarianism flourish wherever possible.

The Written Word: From Tangible to Digital and Back Again
Kailash Satyarthi and Malala Yousafzai: Education’s Nobel Peace Prize Winners