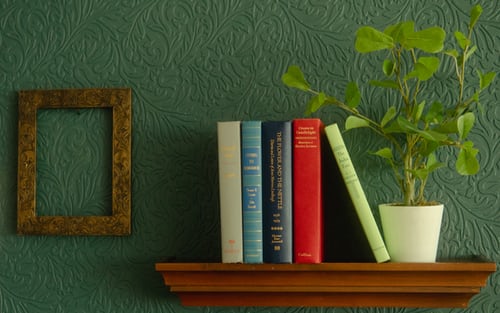 To mark World Book Day on the 3rd of March, here we take a look at a few of the world’s favourite books.

The Great Gatsby is narrated by the character Nick Carraway as he recounts the summer of 1922 during which he became neighbour to self-made millionaire Jay Gatsby. The novel is set in the “Jazz Age” of the early 1920s and Nick’s narration describes its decadent and extravagant lifestyle, together with the scandal and intrigue of the New York social elite. Published in 1925, the novel did not immediately gain critical acclaim or popularity, despite Fitzgerald considering the book to be his greatest work. However, the novel’s popularity grew in the 1950s and it is now considered a masterpiece of American literature having sold, to date, over 25 million copies worldwide.

Anna Karenina tells the story of the adulterous affair between Anna, who is married to a government official, and a young bachelor, Vronsky. The narrative explores the various feelings of love, jealousy, betrayal, and resentment which arise as a result Anna’s infidelity, set within the context of high society life in 19th century St. Petersburg. The novel, by Russian author Leo Tolstoy, was first published in 1878 and has since been adapted into numerous films, television series and even some ballets.

One Hundred Years of Solitude – by Gabriel Garcia Marquez

Written by the Colombian author Gabriel Garcia Marquez, One Hundred Years of Solitude describes the rise and fall of the fictional Colombian town of Macondo and its founders, the Buendia family. One Hundred Years of Solitude is considered one of the greatest works of “magical realism”, a style made popular by Marquez which combines the fantastical and surreal with the real and absolute. Since its publication in 1967, the novel has sold approximately 47 million copies worldwide and has been translated into 47 different languages.

Written by Spanish author Miguel de Cervantes and published in two parts (part 1 in 1605 and part 2 in 1615), Don Quixote tells the tale of an ageing knight and his squire, Sancho Panza, as they travel about seeking adventure. The novel was instantly popular and has inspired several adaptations in ballet form, as a musical and in film. Don Quixote is often credited as being one of the best-selling books of all time, having sold over 500 million copies worldwide.

In Search of Lost Time – by Marcel Proust

In Search of Lost Time is a novel in seven parts published between 1913 and 1927. It is the story of the French author’s own life and his search for truth. The book deals with themes of homosexuality, jealousy, and anti-Semitism and, as such, provoked both admiration and outrage on publication. Aside from this expansive work, Proust published only a few essays and stories but In Search of Lost Time is now regarded as one of the most influential novels of the 20th century.

Presented in no particular order, this list is a selection of some of the world’s favourite books, as credited by top writers, literary critics and scholars, and was compiled using a combination of different “Top Books” lists.