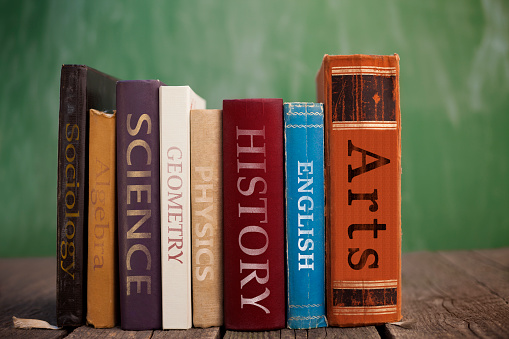 What Could Be The Best Subjects To Study At A Level?

Choosing your A level options can seem a daunting task. There are so many subjects to choose from and the subjects you feel you may enjoy the most might conflict with what teachers, parents or universities deem to be “best”. But are certain subjects really better than others? And if so, which ones?

Many university courses will require you to have studied particular A levels. For example, a degree in pharmacy will almost certainly list Chemistry as a requirement and it would be an obvious choice to take English Literature at A level if you plan to study the subject at university. Some university courses will also list A level subjects which they don’t accept, viewing other courses in higher regard. If you’re thinking about going to university it is important to research the universities and courses you might like to apply for before choosing your A level options, giving yourself the best chance of being accepted onto your chosen university course by picking A levels that are most relevant.

Of course, many people don’t really know what they want to do at university, or even if they want to go to university in the first place. In which case, the list of Facilitating Subjects might come in handy. A few years ago, the Russell Group universities published a list of so-called “Facilitating Subjects”; subjects which were considered to be more desirable by the UK’s top universities. The list included:

Supposedly, a combination of any of the above subjects would provide a good basis on which to progress to study numerous different courses at a good university and The Russell Group advises that, if you’re not sure what you’d like to do at university, choosing at least two subjects from the list would open up a wide variety of higher education options. Officially, the list was scrapped in 2019 as it was proving to be misleading to students, but it is certainly still true that choosing any of the subjects from the old Facilitating Subjects list would stand you in good stead when applying to a variety of different courses at university. It’s worth noting that other subjects which are not on the above list, still hold value and there are subjects which may be a requirement if you wish to study certain courses. A level music, for example, is not on the Facilitating Subjects list but is a requirement if you wish to study music at most universities.

Regardless of whether you want to go to university or not, when choosing your A-level options it is important to opt to study subjects which you think you will enjoy, be good at and which will help you to achieve your goals post-sixth form.

Oxford Open Learning offer a range of A level subjects to study, and you can find details by clicking on the link here.

Which Language Should You Learn?
What Is A Digital Nomad?