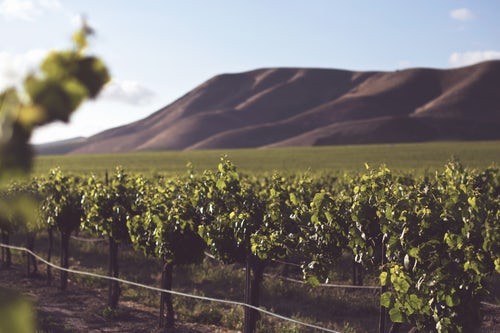 What Is a Microclimate?

Valleys and hills, wind, water, heat, soil type and even buildings can cause the creation of a microclimate, which is classed as a small area with a climate that’s different to locations close by. For example, the Hertfordshire town of Rickmansworth, is known to sit in a frost pocket due to its steep valley, which during the winter months can make it up to 10 degrees cooler than its surrounds. And the Oxfordshire town of Benson is known to be foggier than most.

And if you’ve ever wondered why city centres tend to be hotter during summer than their surrounding countryside, it’s down to the fact that the density of the buildings and pavements, which are made of heat-absorbing materials such as concrete and tarmac. These materials absorb and retain the sun’s heat during the day and only released it at night. To similar effect, glass buildings reflect heat back into the city. A lack of trees and green spaces which help absorb heat and evaporate water, heavy population and transport systems also contribute to an inner-city’s microclimate. This is also referred to as an urban heat island. In fact, several American studies have shown that large inner-cities can and do produce their own weather patterns.

On a very small scale, it is possible to create our own microclimate. One example would be by putting up a greenhouse to create a warmer environment for seedlings, sheltered from the elements, or landscaping your garden with a fence or pond to best suit particular plants. By using heat and water to create humidity – zoos and wildlife parks create indoor microclimates to replicate the native habitats of some of their more exotic species: reptiles; parrots and even butterflies.
But can we control the weather on a larger scale?

No, not really. However, as with very small spaces, there are measures we can take to manipulate the impact weather has upon a locality. City planners have long recognised the importance of green spaces in densely-populated areas and one particular study conducted by the University of Athens, reported in 2012 that the use of specially-made, reflective paving slabs used within a large urban park significantly cooled its overall temperature, making the space more comfortable for visitors.
As physicists continue to investigate and create new materials to suit our evolving way of life, what might be possible in the future?