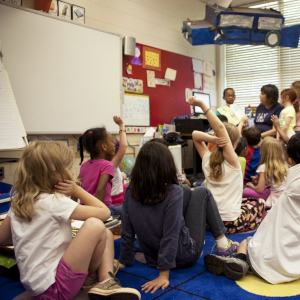 One of the beautiful aspects of learning is that it never stops. No matter how old you are, there’s always something new to discover.

Interestingly, this is also true for things that you thought you knew. Our knowledge is constantly evolving, and occasionally this means that, over time, things that were taught as ‘facts’ at school are no longer true.

Here, you can see 15 examples of how our knowledge has changed:

This has never really been true but tended to be something that was considered common knowledge. The fact is that although satellites may be able to make out sections of the wall under the right conditions, the wall is not visible to the naked eye1. 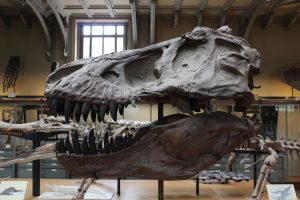 Those who went to school before the 90s may have been told that a volcanic eruption was the cause of the dinosaurs’ demise. However, this was challenged in 1991 when scientists discovered an asteroid crater, and the commonly held belief now is that they were killed by a meteor strike2.

Whilst it is true that Mount Everest rises to the highest point above sea level (20,029 feet), it is not the highest mountain. That title goes to Mauna Kea, an inactive volcano in Hawaii, which measures a huge 33,465 feet from its base at the bottom of the Pacific Ocean. However, only 13,799 feet of the mountain actually rise above sea level3.

This myth originates from a combination of British propaganda, as cartoons portrayed him as being a short man, and confusion. When Napolean died, he was measured as 5’2”. However, this was due to there being a difference between French and British units of measurement at the time. His actual height was 5’7”, which was around average for the period4.

Neanderthals are often cited as having pretty low IQs, but evidence suggests that they were actually very skilled and resourceful hunters who knew how to make advanced tools for the time5. 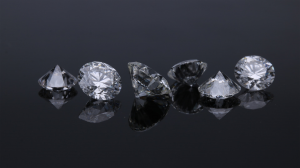 Whilst it’s true that diamonds are the most scratch resistant material, there are actually six materials known to be harder, including wurtzide boron nitride, formed during volcanic eruptions, and graphene, which is the strongest material we know of, in proportion to its thickness6.

Whether this is a fact or merely a rumour is unclear, but it’s incorrect regardless. The record actually stands at 11 folds, held by a California student who used a gigantic $85 roll of toilet paper to achieve the feat7.

It’s true that there was a missing link, but it’s since been discovered. In 2009, palaeontologists in Germany discovered ‘Ida’, a fossil now regarded to be the missing link between humans and apes8. 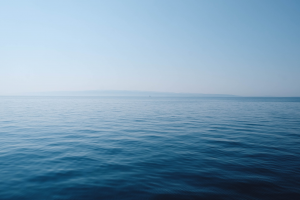 For many years, the Pacific, Atlantic, Arctic and Indian oceans were the only bodies of water to receive the classification. This changed in 2000 when a fifth ocean was added, the Southern Ocean, which surrounds Antarctica9.

Another geography point, many world maps commonly used in schools are very deceptive. The most commonly used map, The Mercator Projection, portrays landmasses such as Greenland and Europe as being deceptively large, whilst other areas such as the continent of Africa are shown to be much smaller than they actually are10

Dr Who fans can rejoice! Despite being dismissed as nonsense by parents across the world, scientific discoveries may mean that time travel is actually possible. This is true to the detection of gravitational waves, which in theory mean that scientists can develop time machines11.

Many people grew up being told that you should never start a sentence with a conjunction like ‘and’ or ‘but’. Whilst there are still people who frown upon the practice, there are growing movements to relax the linguistic rule, and it is now much more acceptable12. 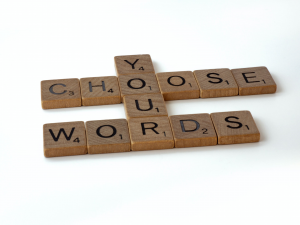 Star Trek’s famous line “to boldly go where no-one has gone before” was often condemned by experts for distorting the English language, but researchers at Lancaster University and Cambridge University Press found that split infinitives are now much more common in everyday speech. Due to this, most linguists now consider them acceptable13.

King Tutankhamen was found with injuries to his head that for a long time people attributed to a successful murder attempt. However, historians now believe that it is much more likely that he died in a chariot accident, with the ultimate cause of death being blood poisoning from the wound. Other theories include the fact that he may have had genetic impairments, as some evidence suggests his parents were siblings14.

In school, you’ll likely have learnt that there are three states of matter – solids, liquids and gas. There are now known to be at least five, with plasma and the Bose-Einstein condensate (BEC), where molecules almost stop moving completely, since being discovered. Plasma is rarely found on Earth but is the most common form of matter in the universe, whilst BEC has so far only been discovered in labs15.

Science in particular sees constant advances and changes over the years. To learn about the latest advances in science, and other subjects, you can check out our courses here: https://www.oxfordhomeschooling.co.uk/course/igcse/