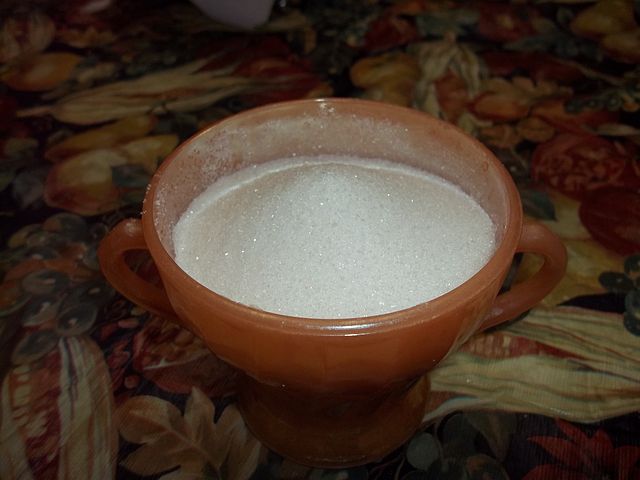 Do you consider yourself to have a sugar sweet tooth? If so, you’re not alone. 60% of the population say they consume sweets or chocolate regularly, second only to Germany (61%). In terms of the highest consumption per day globally, the USA leads with 126.4g per person per day; the UK ranks 7th with 93.2g.

Sugar is believed to be one of the world’s oldest documented commodities, with the first chemically refined sugar coming from India about 2,500 years ago. Here are 8 interesting facts about the sweet tasting, soluble carb:

The Science Of Sugar

It is made from the leaves of the sugarcane plant through first the natural process of photosynthesis, then second by being stored as a sweet juice the sugarcane’s stalks. The cane is cut down and harvested, then sent into production, where its juice is extracted, purified, filtered and crystalized into the final golden, raw product.

Sugar belongs to the grass family, Poaceae, a flowering plant family that also includes  wheat, maize, rice, and sorghum, and other forage crops.

Sugars are a type of carbohydrate and a source of energy. Those most commonly found in foods are monosaccharides (single sugars) such as glucose, fructose and galactose, and disaccharides (two monosaccharides joined together) such as sucrose (table sugar), lactose (milk sugar) and maltose.

The History Of Sugar

Some of the earliest references to sugarcane have been found in Chinese manuscripts dating back to the 8th century BC, stating that its use originated in India. Additionally, it is recorded that both the Persians and the Greeks encountered the famous “reeds that produce honey without bees” there between the 6th and 4th centuries BC. They each adopted and spread sugarcane agriculture.

The sugarcane plant produces a number of stalks that reach 2 to 6 metres high. Its tough, semi-wooden stalks of are up to 5 cm (2 inches) in diameter, with leafy nodes and a moist internal pith containing 15-20% sucrose-sugar.

Harvesting occurs when the sugar concentration is highest, just before the plant flowers. The plants are propagated by cuttings placed into the ground, but a single planting can last several harvest rotations.

Nutritionally, there are 16 calories in one teaspoon of sugar. The breakdown is 0% fat, 100 carbs and 0% protein. This is why sugar is referred to as an empty calorie. Adding it significantly increases their calorie content without adding any nutritional benefit.

How You Can Have Too Much Of A Nice Thing

It is believed to be addictive, in a similar way to drugs such as cocaine, as the human brain has a very strong dopamine response. This means we crave more and more as it makes us feel good. Cravings lead to higher tolerance for sugar and eating more to get that same dopamine effect.

Sugar is a carbohydrate that occurs naturally in many foods. The body breaks down foods containing carbohydrates into glucose, which can then enter the bloodstream.  Some glucose is essential for the brain, central nervous system and red blood cells to function properly, but as we all know, too much sugar can contribute to health issues. Ultimately, it can raise blood glucose levels and cause inflammation.

Talking Tolkien: Why The New Amazon Series Is On Shaky Ground
Time For Tea?