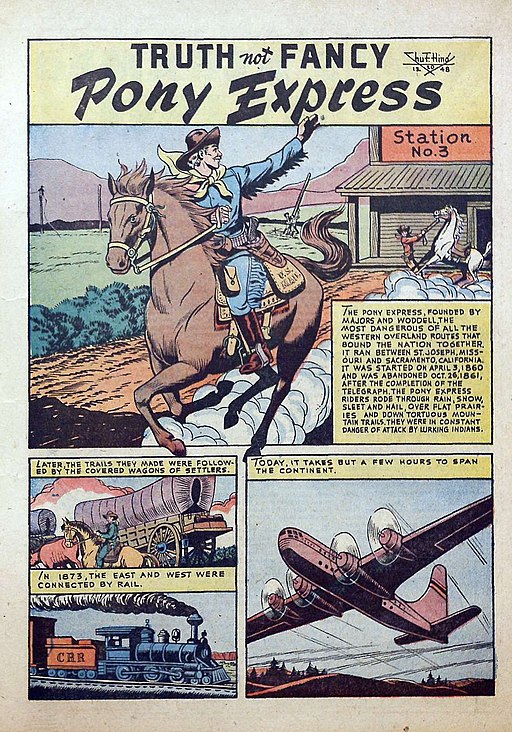 This Continues from my first Article on comics, which can be found by clicking here.

I soon found out that American comics started in the 1840s, even before my dad discovered them! But these tended to be stories in pictures and drawings in quite expensive magazines like Judge. Easier and cheaper printing meant that mega profits could be made by publishing newspapers, and the rivalry between newspaper owners meant that they were constantly looking for ways to gain new readers. This led to drawings, cartoons and later, comic strips arriving in newspapers.

The comic strips became extremely popular, which I suppose is why, when my dad discovered them in the 1930s in Liverpool they were being published in collections with many stories of beings with super powers. The first DC superhero he came across was Superman in an edition of Action Comics in 1938, and his first Marvel superhero was the Human Torch who he discovered just before the Second World War.

Rise of The Superhero

Comic books with superheroes, tales of the American West and some crime and horror stories continued to be published during the Second World War, though their popularity declined after it, aside of those dealing with the superheroes. I suppose the decline in the market was not helped by the increasing censorship put in place by the American Comics Code Authority to save young minds from being corrupted by violence, which tended to be more prevalent and probably more believable in the war and wild west publications. So, the American comic marketplace was then really all about superheroes…

In the 1950s DC comics had three major superheroes, Superman, Batman (one of my favourites as he was always a little more nuanced than Superman, a little darker) and Wonder Woman. They were also just introducing the new version of the Flash. This then encouraged Marvel comics, in particular, to start introducing even more new superheroes, with Thor, another one of my favourites, first appearing in 1962.

When I started buying comic books in the middle of the 1950s they were generally regarded as a lower form of reading, I remember one of the lads at school getting caned for reading one when he should have been working his way through his ‘Extracts From the Classics’. I then got rulered for criticising the teacher about this. Mmm, the joys of school life in the 1950s!
What our teacher didn’t appreciate then was that at least he was reading something and enjoying it, far more than he would ever enjoy the ancient copy of ‘Extracts From the Classics’ that had been forced on him. He was beginning to enjoy reading instead of hating it!

As a teacher now I get really grumpy when I hear colleagues criticising the reading tastes of students. I want my students to read something and if it is American comics I am totally happy; good literature can come in many different forms!