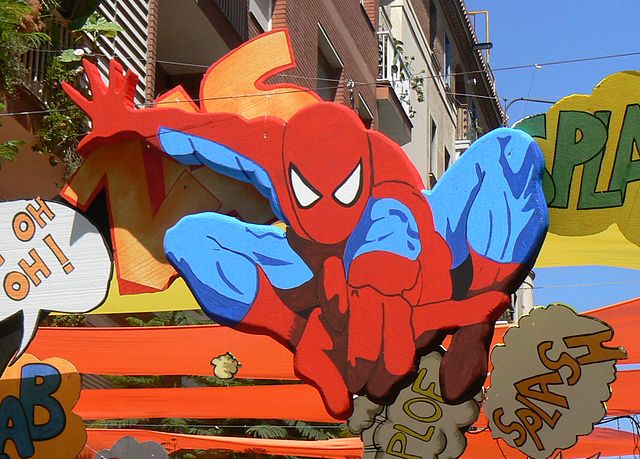 A History of Comics – The Finale!

I must admit that when I was a teenager feeling a little bit of a maverick enjoying American comics, I never could have dreamed how mainstream the world of superheroes, both Marvel and DC, would become in the 21st century. I mean – Lego Batman!!!

Folk who write wise words – and occasionally witty words – about American comics generally label the current era as part of the Modern Age of Comic books, and it is certainly the time when American superheroes and heroines have become familiar to a wide audience. We have been bombarded with movies, games and graphic novels, though I think sometimes people forget about the source material, the comics, which started all this.

It is interesting that these different genres have been going in different directions, with the Avengers movies gathering Marvel Heroes together and looking at a more ironic, humorous version of the heroic world than the comics, whilst some of the heroic games deal with a more multifaceted and thoughtful version of them. I am thinking especially of 2018’s Spiderman game, developed by Insomniac Games, which gives us a lot of ideas about the characters of those involved in the game, particularly, of course, Spiderman himself, using the idea of the same characters developing differently in different universes to highlight these ideas, a concept I remember being enthralled by in some of the 1960s DC Superman comics.

I suppose this all means that the heroic world is going from strength to strength, and that those who discover it in one media may well visit it again using another media, just like me, enjoying reading American comics and relaxing with the odd computer game dealing with some of the same characters…

So, what next? Well, I do think that the original American comics are going to continue, they are a good introduction to the heroic world and, from a teacher’s point of view, an excellent starting point for the more reluctant reader and, I can promise you, have an immediacy and excitement that it is hard to beat. When it comes to games, obviously the heroic world lends itself to every new innovation in the world of gaming exciting times for everyone. However, personally, I still find returning to American comics is, particularly in these uncertain times we live in, a way to take yourself away from all the day to day problems and immerse yourself in a world where there are beginnings, middles and definite endings, and where it is easy to differentiate heroes from villains.

Must go now and catch up with Spiderman…

You can read Part 2 of this series here and Part 1 here.

The Importance Of Extracurriculars
Reading For Your Wellbeing