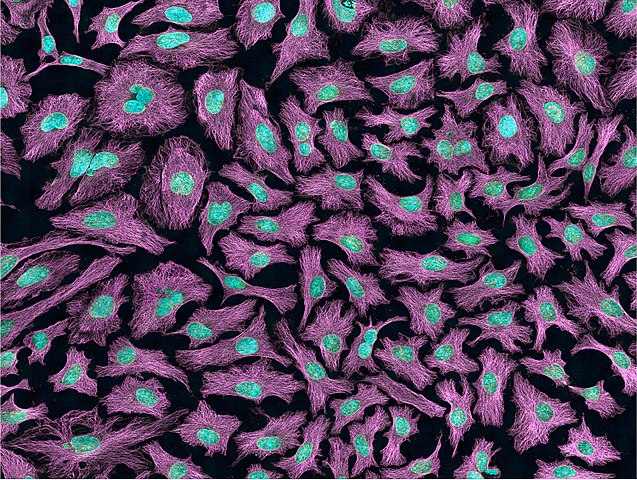 Who Was Henrietta Lacks?

Henrietta Lacks lived in Baltimore, USA, and was mother to five children. She was treated for cervical cancer at The Johns Hopkins Hospital in 1951 but died later that year at the age of 31. Before Henrietta died, a biopsy (sample) of her cancer cells was taken without her knowledge. Unlike other cells, Henrietta’s were able to survive and reproduce outside of the human body, creating the world’s first immortal cell line. Named ‘HeLa’ cells, these have become an invaluable tool of medical and scientific research.

HeLa cells are in research labs all around the world and have been crucial to research into cancer treatments, virology including HIV, Covid-19 and the Polio vaccine, as well as IVF and the human genome. They have even been sent into space!

In 2010, Rebecca Skloot released her award-winning biography of Henrietta, The Immortal Life of Henrietta Lacks. The book tells the tripartite narrative of Henrietta, her cells, and the story of the book itself, which Skloot spent years researching alongside Henrietta’s daughter Deborah. It was adapted into a film in 2017, starring Rose Byrne as Skloot and Oprah Winfrey as Deborah Lacks.

Henrietta’s story is ethically problematic because her cells were harvested without her knowledge or consent, or that of her family. Significantly, she was also a young, uneducated black woman from a disadvantaged socio-economic background. The Lacks family are seeking legal justice and ownership of Henrietta’s cells, and Rebecca Skloot founded the Henrietta Lacks Foundation to provide support for people impacted by unethical research practices and raise awareness of health inequity.